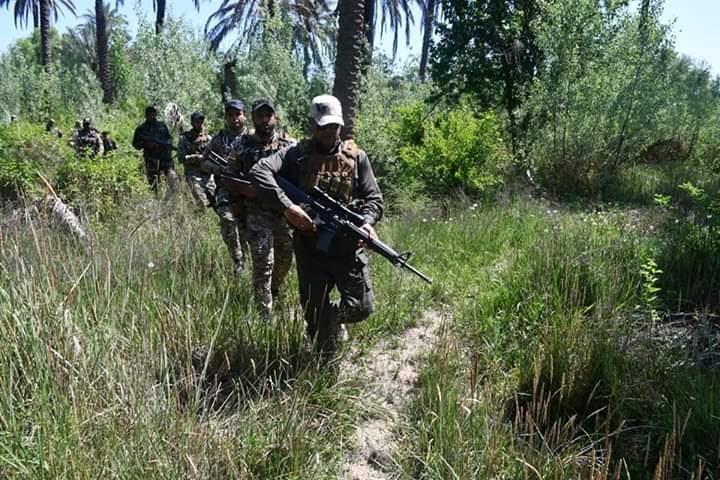 Shafaq News / A local source in Diyala said today, Thursday that attacks carried out by ISIS militants killed a member of Al-Hashd Al-Ashaeri in the northeast of the governorate.

The source told Shafaq News Agency, "Two terrorist groups of ISIS surrounded a farmer in Al-Islah village, in the Sheikh Baba basin (15 km north of Jalawla city), and shot him, which resulted in his killing immediately."

He added, "A force from the army and Al-Hashd rushed to the crime scene but the attackers fled."

It is noteworthy that the areas of "North of Jalawla" have been witnessing security problems for more than two years after the infiltration of "ISIS" elements fleeing from the liberated areas and governorates to the orchards and the agricultural fields.

Jalawla district is located 70 km northeast of Baqubah and is inhabited by a mixture of Arabs, Kurds and Turkmen. The district fell to ISIS gangs in August 2014 before it was retaken in November of the same year.

Earlier, A security source in Diyala said today, Thursday, that a member of the Al-Hashd Al-Ashaeri  was killed by ISIS in the outskirts of Al-Miqdadiyah district, 45 km northeast of Baqubah.

The source told Shafaq News agency that elements of ISIS attacked a security post of Al-Hashd in Shaqraq, north of Miqdadiyah district, killing one member of Al-Hashd.

The areas of "northern Miqdadiyah" in north-eastern Diyala are considered the largest strongholds of the armed organizations over the past years due to its geographical nature and the orchards that have turned into shelters and security dens for ISIS.