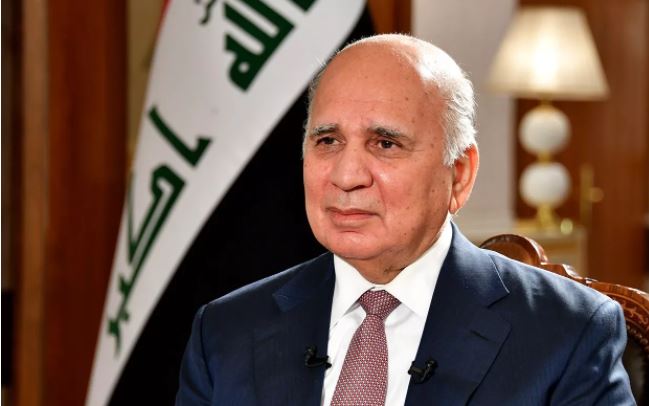 Shafaq News / The Iraqi Minister of Foreign Affairs, Fouad Hussein, stressed today the need for the US to support the "growing democracy" in the country.

The ministry's spokesman, Ahmed al-Sahhaf, said that Hussein received a delegation consisting of members of the US Senate and House of Representatives, on the sidelines of the Munich Security Conference that Hussein attended recently.

The Iraqi Minister laid emphasis on the need for the US to support the "growing democracy" in the country, and the Iraqi government's efforts to reach agreements between the political parties.

In addition, Hussein stressed the importance of the US-Iranian negotiations, pointing out that any tension between Tehran and Washington will negatively affect Iraq.