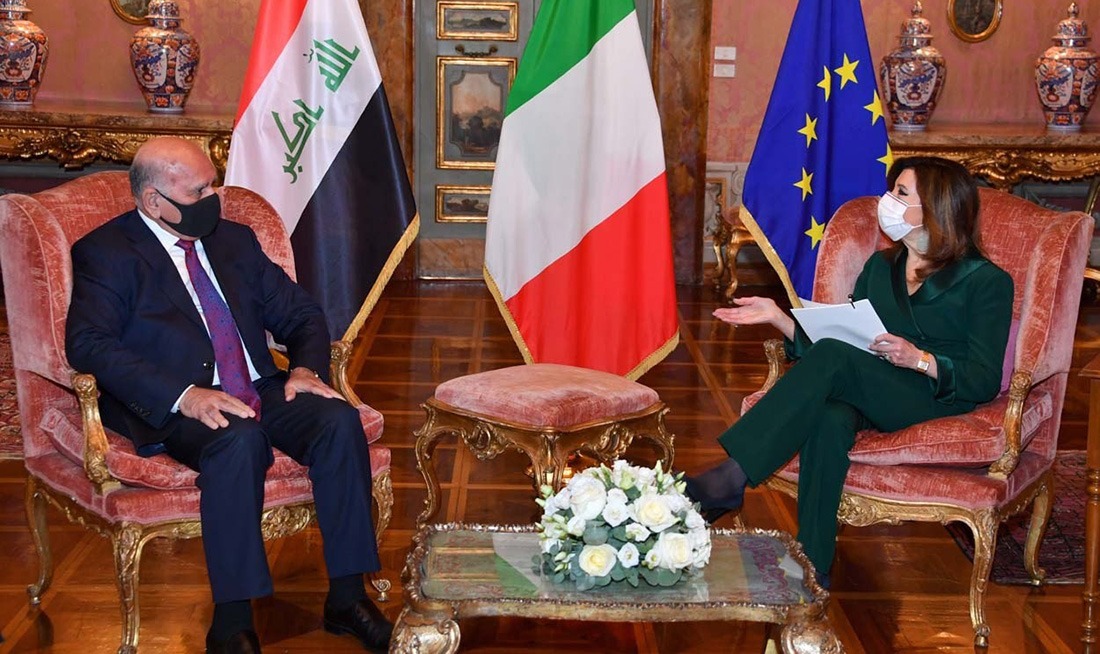 In a statement, the Ministry of Foreign Affairs said that the Minister met with the President of the Italian Senate, Elisabetta Casellati, in the Italian capital, Rome, and discussed the bilateral relations between the two countries and ways to establish them.

It pointed out that the two sides exchanged views on the Italian forces' tasks in Iraq, and prospects for cooperation in the fields of training the Iraqi military forces, and providing advice to the security authorities to enable Iraq to eliminate ISIS remnants.

Hussein stressed, according to the statement, the importance of activating the joint Iraqi-Italian committee to achieve the two countries' interests, indicating that Iraq has now become an "attractive arena" for foreign companies and investments in various sectors after "achieving the final victory over ISIS and establishing security."

On the historic visit of Pope Francis to Iraq, Hussein said, "The Pope's visit to Iraq and the city of Ur, the birthplace of the father of the prophets, Prophet Ibrahim, was a great support for Iraq, and especially its Christians."

For her part, Casellati confirmed the Italian companies' potential to contribute to diversifying the Iraqi economy by investing in projects that would create job opportunities, improve public services and help develop energy resources in the country, especially after these companies worked in demarcating and maintaining the Mosul Dam.