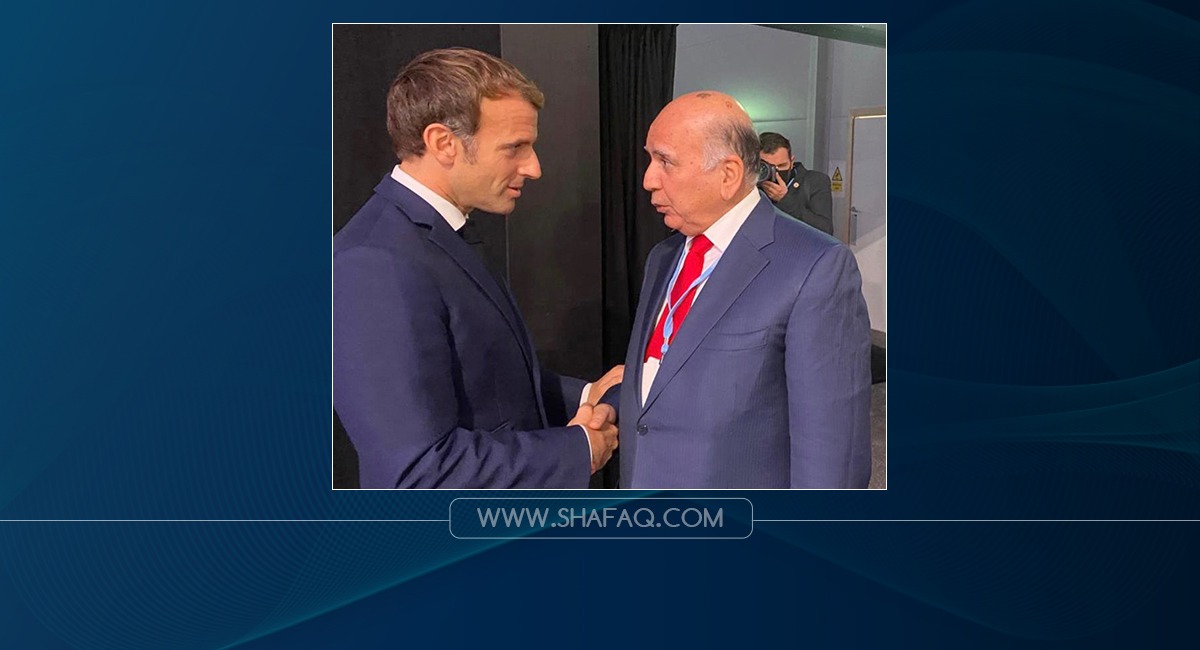 Shafaq News/ The Iraqi Ministry of Foreign Affairs announced that the Minister will attend the 26th Conference of Parties to the United Nations Framework Convention on Climate Change (COP26), which is being held in Glasgow, Scotland.

The ministry said in a statement that Foreign Minister Fouad Hussein participated in the conference, noting that the members of the Iraqi delegation are scheduled to participate in several technical committees related to joint work to confront climate changes.

The statement indicated that Hussein discussed with French President Emmanuel Macron, regional and international developments, and bilateral relations between the two countries, and ways to enhance them.

The minister also touched on the electoral process that took place in Iraq, its course, and results.

In another meeting, the Iraqi Foreign Minister met with British Minister of State for the Middle East and North Africa James Cleverly, where they reviewed ways to enhance relations between the two countries.

They also shed light on the latest political developments in Iraq and the recent elections,  in addition to several issues of mutual interest, according to the statement.

For his part, Cleverly reiterated his country's support for Iraq politically and economically, and its readiness to develop relations with Baghdad at all levels.