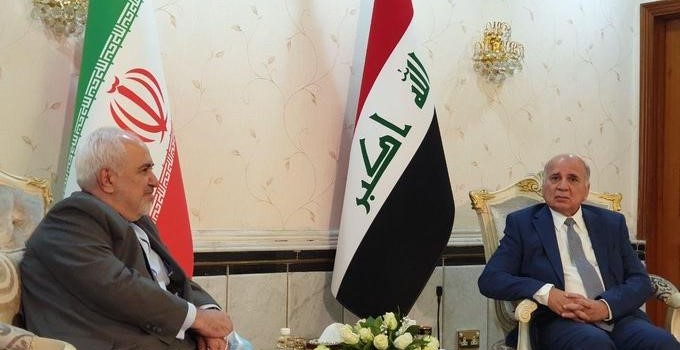 Shafaq News/ The Iraqi Foreign Minister, Fuad Hussein, upon his meeting today, Wednesday, with his Iranian counterpart, Muhammad Jawad Zarif, considered the two countries' mutual visits as a sign of common interest in developing the bilateral relations amongst them.

Hussein shared his country's views on various issues, demonstrating "the special interest of the Iraqi prime minister towards the follow-up and regulation of relations between the two countries."

For his part, Zarif expressed his hope that the agreements concluded during the Iranian President's late visits to Iraq to yield swiftly, especially those related to industrial cities, border markets, merchants and visitors movement, the transfer of goods, financial and banking issues.