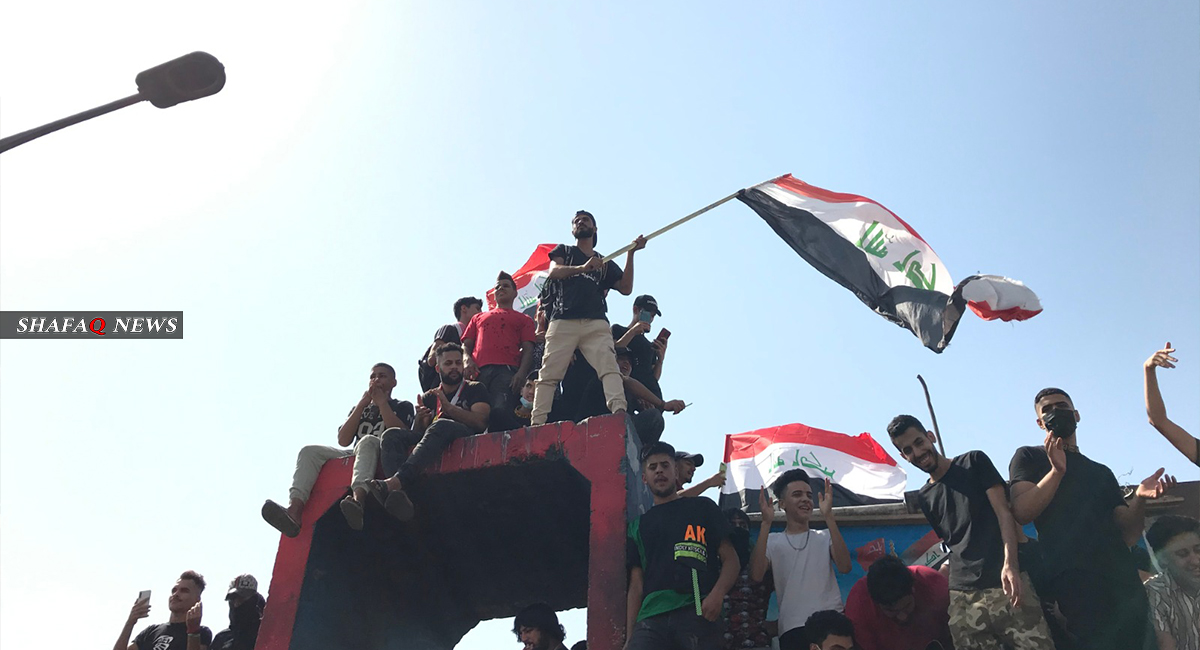 A member of the Human Rights Commission, Fadel Al-Gharawi, said that October movement resulted in civilian casualties reached 20,664 wounded and 544 martyrs, adding that among the security forces, 4163 wounded and 17 martyrs were registered.

Al-Gharawi continued, 35 people are still detained, while 435 damages to public and private property, and 148 attempts to target activists and media professionals.

Earlier today, the Iraqi PM Mustafa Al-Kadhimi addressed a message in October movement 1st anniversary saying, “On October national demonstrations’ first anniversary, we reaffirm the loyalty to our people and to the road map drawn by the sacrifices of our young men and women.”

"We were and are still loyal to the October Movement, and we have worked since the first day of assuming the government to honor the martyrs and the wounded and hold accountable those involved in killing or wounding them," he said.

Al-Kadhimi declared, "This sensitive stage requires that everyone, including political forces and popular actors to unite to reach free and fair early elections."

He addressed the Iraqis, saying, "This is your country, prevent any foreign party from interfering in its affairs and decisions."