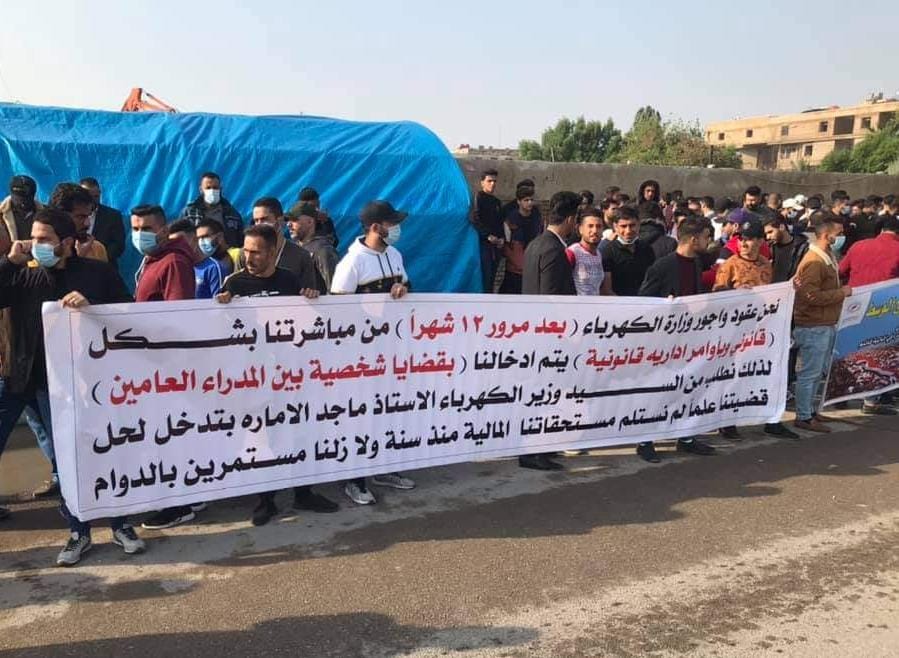 Shafaq News / Hundreds of daily-wage employees demonstrated today in front of the Ministry of Electricity in Baghdad.

Shafaq News Agency reporter said that the demonstrators are protesting against the recent decision issued by the Minister of Electricity, Majid Hantoush, regarding the transfer of up to 37,000 contracts from production and transportation companies to the collection and maintenance departments of the Baghdad Electricity Distribution Company.

Our reporter quoted several demonstrators saying that they would turn the demonstrations into a sit-in in front of the ministry building until the minister retracts the "unfair" decision.