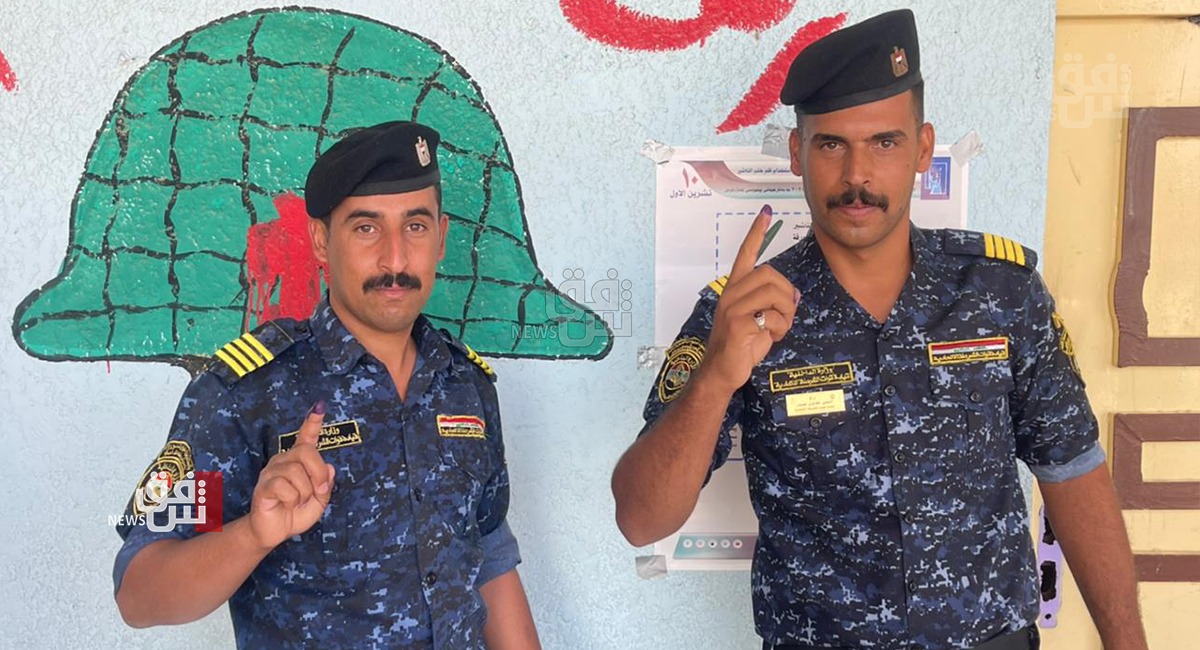 Shafaq News/ On Friday, a special voting of security forces, displaced persons, and prisoners have launched to vote for 63 candidates distributed on five electoral districts.

Shafaq News Agency correspondent in Al-Sulaymaniyah said, "84775 electors from security forces have the right to vote in 41 electoral centers and 198 stations. In addition, 11115 displaced persons are distributed on nine voting centers and 29 stations, while 94 prisoners will vote in two centers and two stations."

Meanwhile, in Kirkuk, Diyala, and Saladin, our correspondents said, "security forces and army members are flocking heavily to vote in electoral centers."

In Diyala, "38 centers are opened, two for displaced persons and 36 for army and police numbering more than 43,000 elements."

The high turnout was also seen in Duhok.

According to the Duhok office of the Independent High Electoral Commission, 31 stations receive displaced voters, including 21 inside 16 camps, and ten others are designated for the displaced living outside the camps, in addition to 28 special polling stations for the security and military forces within the borders of the Governorate.

The Office indicated that 70,000 displaced have the eligibility to vote in Duhok, which contains 16 camps.

Al-Najaf Governorate also witnessed a high turnout of voters numbered 24000 distributed on 18 centers and 57 stations, including the displaced persons.

In Southern Iraq, according to our correspondents, Basra, Dhi-Qar, Babel, and Maysan Governorates witnessed strict procedures, where 37,000 security electors are voting in Dhi-Qar through 21 centers and 81 stations, and the electors in Basra are voting in 38 centers.

Parliamentary elections are considered the first since the fall of the previous regime according to the multi-electoral district system at the level of one Governorate.

Local official in Diyala withdraws from the election race

ISIS executes a farmer and his son in Diyala