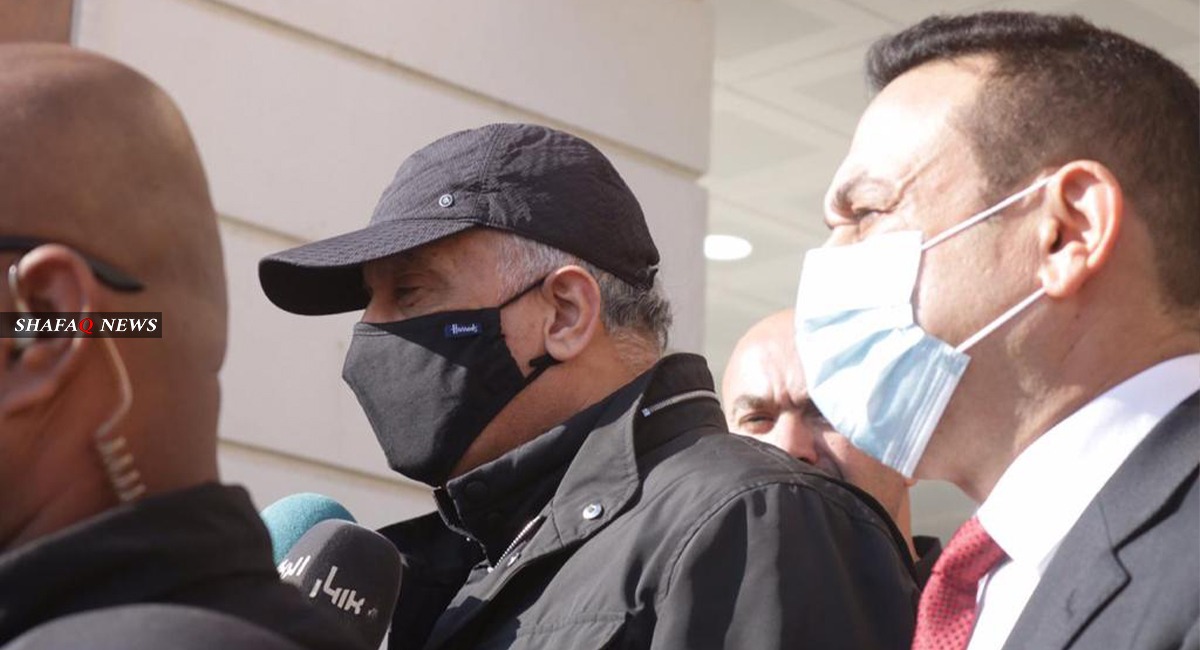 Shafaq News / A security source in Al-Anbar Operations Command revealed the real goal behind Al-Kadhimi’s visit to the city of Fallujah and meeting with the leadership of the Popular Mobilization Forces in the Governorate.

The anonymous source told Shafaq News Agency, “during his visit to Al-Anbar Operations headquarters the PM stressed that the armed factions should work independently without intervening in other departments.”

He added, "Al-Kadhimi ordered indirectly of not making any tensions where the photos and slogans of the Popular Mobilization Forces are hold."

Iraqi Prime Minister Mustafa Al-Kadhimi arrived in Fallujah this morning to mark the third anniversary of defeating ISIS in Iraq.

During his visit, Al-Kadhimi held a meeting with the commander of Al-Anbar operations and the assistant police chief of the Governorate amid strict procedures.

Al-Kadhimi checked up on development projects in Fallujah, and praised the role of the local government in the city.

He also praised the security forces, including the Peshmerga efforts and sacrifices in defeating ISIS in Iraq.