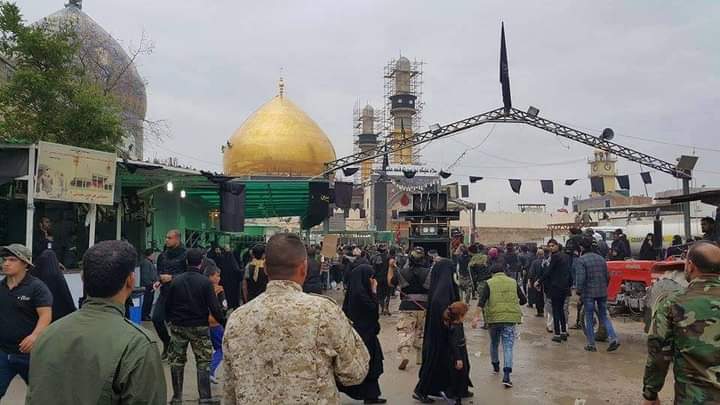 Shafaq News / Government and security sources in Saladin announced today, the mobilization of security and health institutions to protect the visitors from other governorates who came to commemorate the death anniversary of Imam Ali Al-Hadi.

A high-level security source confirmed the deployment of more than 20,000 members of the army and police forces on the roads linking Samarra with other administrative units.

Millions of Muslim Shiites annually commemorate the death anniversary of Imam Ali al-Hadi by flocking from all parts of Iraq to the city of Samarra, located 125 km north of Baghdad, and it contains the shrines of the two Imams al-Hasan al-Askari and Ali al-Hadi, the tenth and eleventh Imams of the Shiite Imami Muslims.