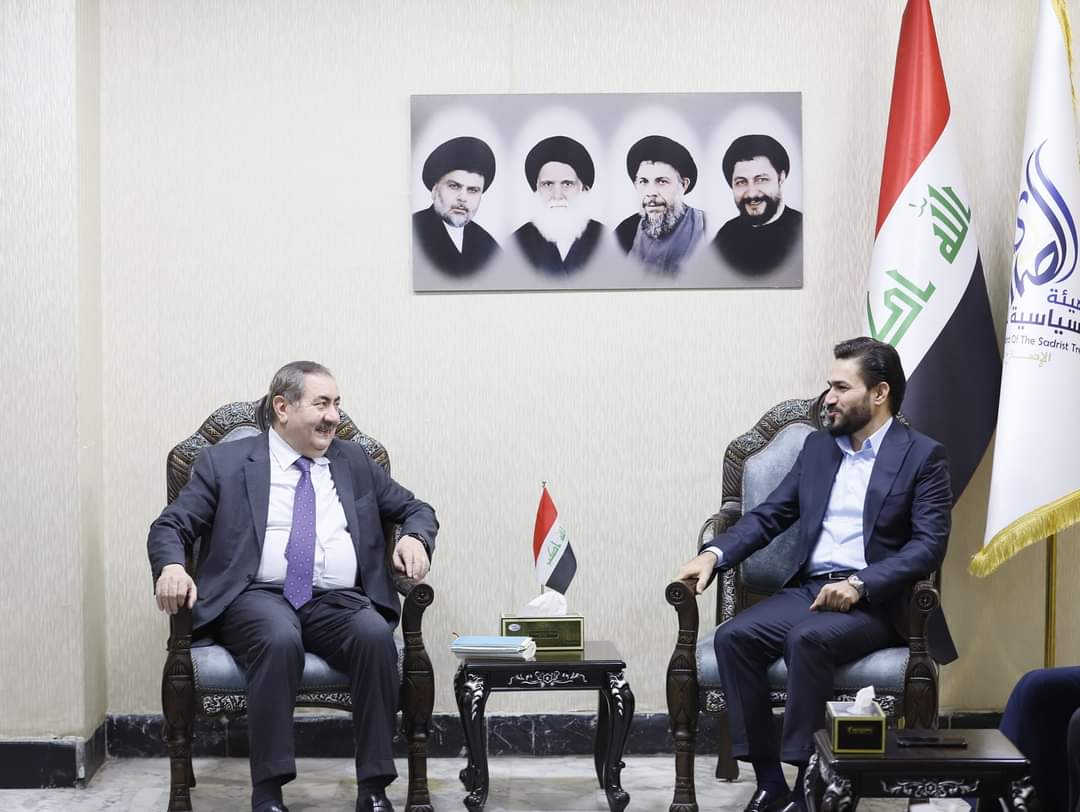 The Sadrist movement said in a statement that Al-Athari stressed the importance of putting an end to both the quotas' policy and the disbursement of positions among the blocs that led the country to the current situation.

The two sides reviewed bilateral understandings to form a national government that meets the people's aspirations, preserves the country's sovereignty, and guarantees its prestige and independence.

Al-Athari reiterated the position of the Sadrist bloc on forming a majority government and emphasized the need to build solid understandings.

For his part, Zebari said, "The sons of the Sadrist movement are among the closest parties that the Kurds want to reach an understanding with about forming the next government."

Zebari: Iraq is not Afghanistan

KDP: the Presidency of the Republic is an entitlement of the Kurds

Thousands of dollars to "demonize" Hoshyar Zebari, A source says

Al-Sadr' condition is fully applied to Hoshyar Zebari to be the next President, a KDP leader says