Graft and security issues feed the trade in Iraq's past 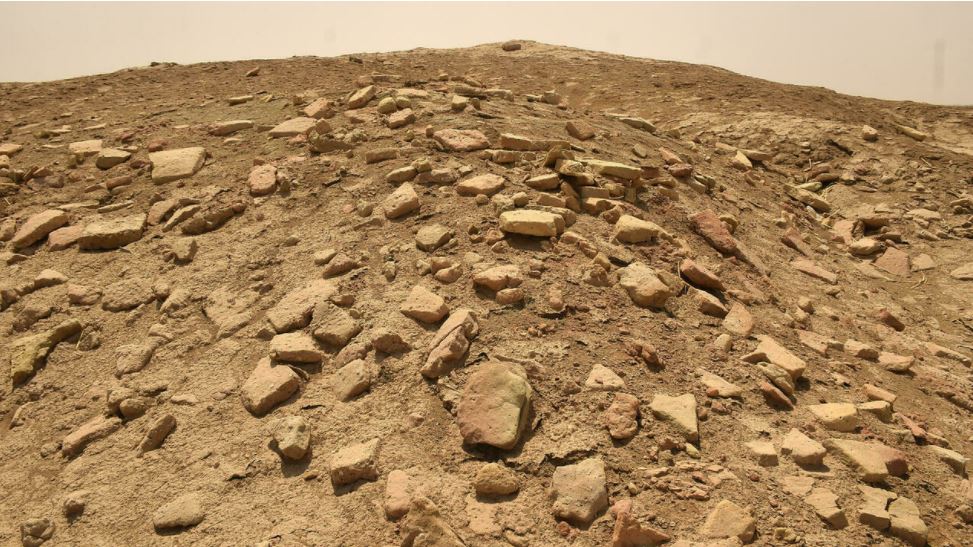 Shafaq News/ Do you want to buy a more than 3,000-year-old Sumerian tablet, listed as the property of a gentleman from Sussex in England and passed down as a family heirloom?

On auction site liveauctioneers.com, bidding for the "Sumerian clay tablet" starts at 550 pounds ($750).

The item weighs just 70 grams (2.5 ounces) but bears traces of cuneiform writing -- the oldest recorded in the world -- and is listed as "Property of a West Sussex, UK, gentleman".

This example comes with letters of provenance by experts.

But the ownership history of some such objects can be harder to prove.

They may not have been handed down but handed on, via smugglers and middlemen.

The boom in looted objects from antiquity is a real problem in Iraq, where corruption is prevalent and archaeological sites are poorly protected.

For some objects, it can be hard to prove that it was not in fact stolen from lands where the Sumerian empire stood in the fourth millennium BC.

Chris Wren, from the British firm TimeLine Auctions, parent company of liveauctioneers.com, says they are aware "of the potential for looted, smuggled or other stolen materials" to come onto the market.

"We spend a great deal of effort and money in seeking to weed such possibilities out," he said.

Sumerians, Assyrians and Babylonians all trod on the ancient land that is now Iraq, and that makes it a land of choice for smugglers.

It teems with archaeological sites where traffickers engage in "random exhumations", said Laith Majid Hussein, director of the Iraqi State Board of Antiquities and Heritage.

"We don't have statistics on the number of antiquities that end up as contraband," Majid said.

Corruption and the prevalence of armed groups have encouraged the growth of this lucrative business.

In one site in southern Iraq, where the Sumerian and Babylonian civilisations once flourished, a security guard described the challenges he faced.

"One day, I saw a truck arrive with three armed men," the guard said, who asked not to be named to protect both himself and the location of the site.

"They started digging, and when I intervened they started shooting in the air and shouting at me -- 'You think you own this place?'"

The lack of resources to protect Iraq's ancient sites is dire.

In a country where an estimated 27 percent of the 40 million citizens live below the poverty line, the authorities say they have other priorities.

Iraq's ancient sites are concentrated in the south, around Kut, Samawa and Nasiriyah.

From there, smugglers transport their booty to the southern marshes, and to Amara, a city not far from Iran, which has become a "hub for antiquities trafficking", according to one archaeologist who asked to remain anonymous.

The stolen antiquities are then taken into Iran "to cross the sea in fishing boats to the Gulf countries", he said.

Alternatively, they may be smuggled overland across Iraq's western desert, which borders Jordan, Syria and Turkey.

An Iraqi government source said that the money earned from trafficking feeds criminal networks, in a country where armed groups, some close to Iran, have grown in power.

Corruption also plays a role in a state where government officials are poorly paid.

When the Islamic State group (IS) occupied large swathes of Iraqi territory between 2014 and 2017, the jihadists used bulldozers, pickaxes and explosives to ransack dozens of pre-Islamic sites and their treasures.

Nimrud, a jewel of the Assyrian empire founded in the 13th Century BC and located outside Mosul in the north of the country, was one such target.

The jihadists "also engaged in smuggling", said one European security expert, speaking on condition of anonymity. "That earned them money -- but it affected Syria more."

The group did well from the trade in illegal antiquities, according to a 2020 report published by the Global Initiative Against Transnational Organised Crime, a Geneva-based organisation.

Earlier this month, the United States returned to Iraq about 17,000 archaeological treasures dating back 4,000 years that had been looted in recent decades.

Despite welcoming such moves, the Iraqi government source said he believes the problem "lies in neighbouring states" that are complicit in the smuggling.

"The Iraqi state is weak," he said. "Archaeological artefacts are not a priority."

Al- Nujaba: US to face deadly attacks in Iraq

Iraq receives 16+ tons of medical equipment from Qatar and Jordan

The Iraqi government responds to the "Compulsory Military Service" news