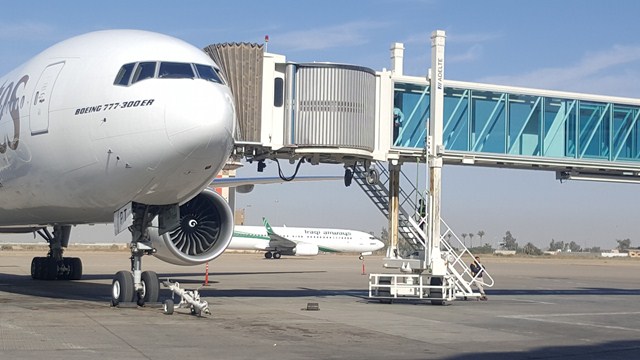 Shafaq News / The Parliamentary Security and Defense Committee accused what it called "organized militias" of targeting the Green Zone and Baghdad International Airport, indicating that targeting security services and diplomatic missions is a result of the "fugitive weapons" problem.

Member of the committee, Abdul Khaleq Al-Azzawi, told Shafaq News agency, "confining weapons in the hands of the state is listed on the government work program, but we do not know when the Prime Minister Mustafa Al-Kadhimi will do it", adding, "the PM and the security agencies are supposed to apply the law to everyone and prevent outlaw gangs and organized militias from arms possession".

Al-Azzawi said, "The fugitive weapon is in the hands of the militias that target the Green Zone, Baghdad International Airport, the security services and the diplomatic missions operating in Iraq".

The Security Media Cell said, in a statement received by Shafaq News agency, that Al-Kadhimi directed the Joint Operations Command to open an investigation to determine the circumstances of the Katyusha rockets that targeted the Baghdad International Airport.

The Security Media Cell reported, in a statement on Sunday evening, that three Katyusha rockets landed on Baghdad International Airport, indicating that one of them fell on a garage, damaging 4 vehicles.

The statement explained that the rockets were launched from Abu Ghraib district, west of the capital.

A security source informed Shafaq News Agency, earlier on Sunday evening, that a Katyusha missile landed within the vicinity of Baghdad International Airport.

Sirens sound in the Green Zone

It is impossible to hold fair elections amid the dominance of unrestricted weapons, MP says

Foiling a new attack in the Green Zone