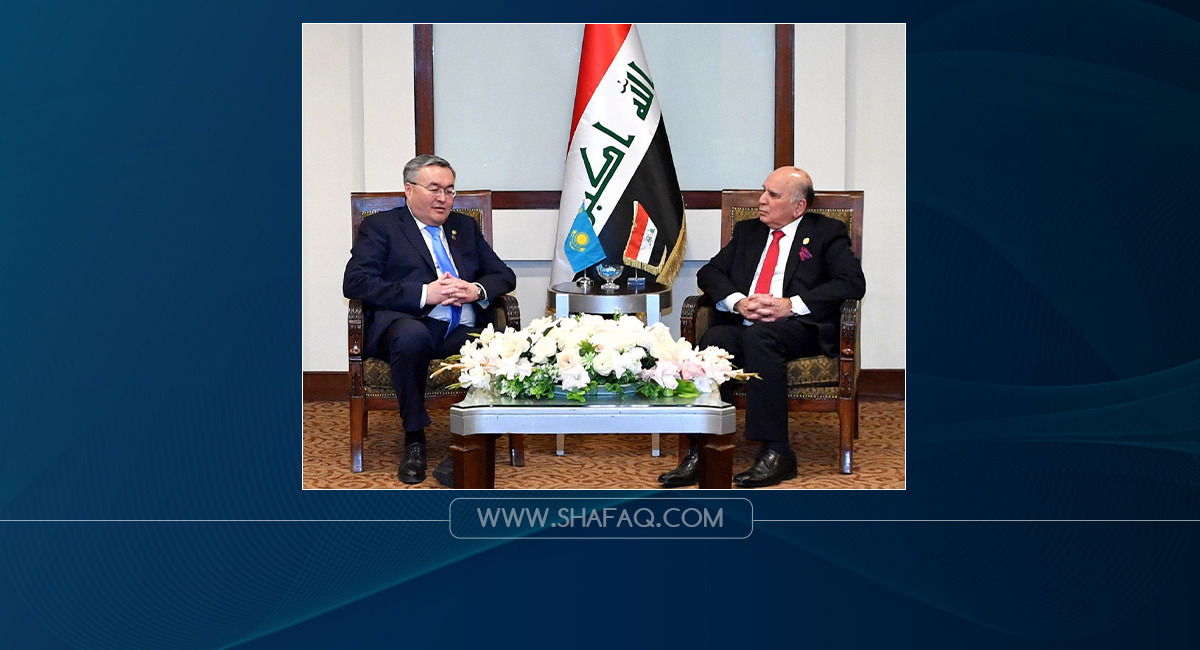 Shafaq News/ Iraq's Minister of Foreign Affairs, Fuad Hussein, extended an invitation to his Kazakh counterpart to visit the Iraqi capital, Baghdad, in a quest to boost the ties between both countries.

The Iraqi Ministry of Foreign Affairs on Wednesday stated that Minister Hussein met with the Kazakh Deputy Prime Minister, Mokhtar Teleberdi, on the sidelines of the 48th ministerial meeting of the Organization of Islamic Cooperation (OIC) states in Islamabad.

The meeting discussed cooperation prospects between Baghdad and Nur-Sultan, including the abolition of entry visas for diplomats and establishing an embassy for Kazakhstan in Iraq.

Hussein and Teleberdi discussed the latest updates on the geopolitical arena and its reverberations on the international security and economy, calling for a peaceful solution for the current crisis in Ukraine.

Minister Hussein handed Teleberdi an invitation for the Kazakh Minister of Foreign Affairs to visit Iraq, the statement said.

Fuad Hussein from Rome: Iraq's sovereignty is a red line

Akar: Turkey and Iraq stand together against terrorism