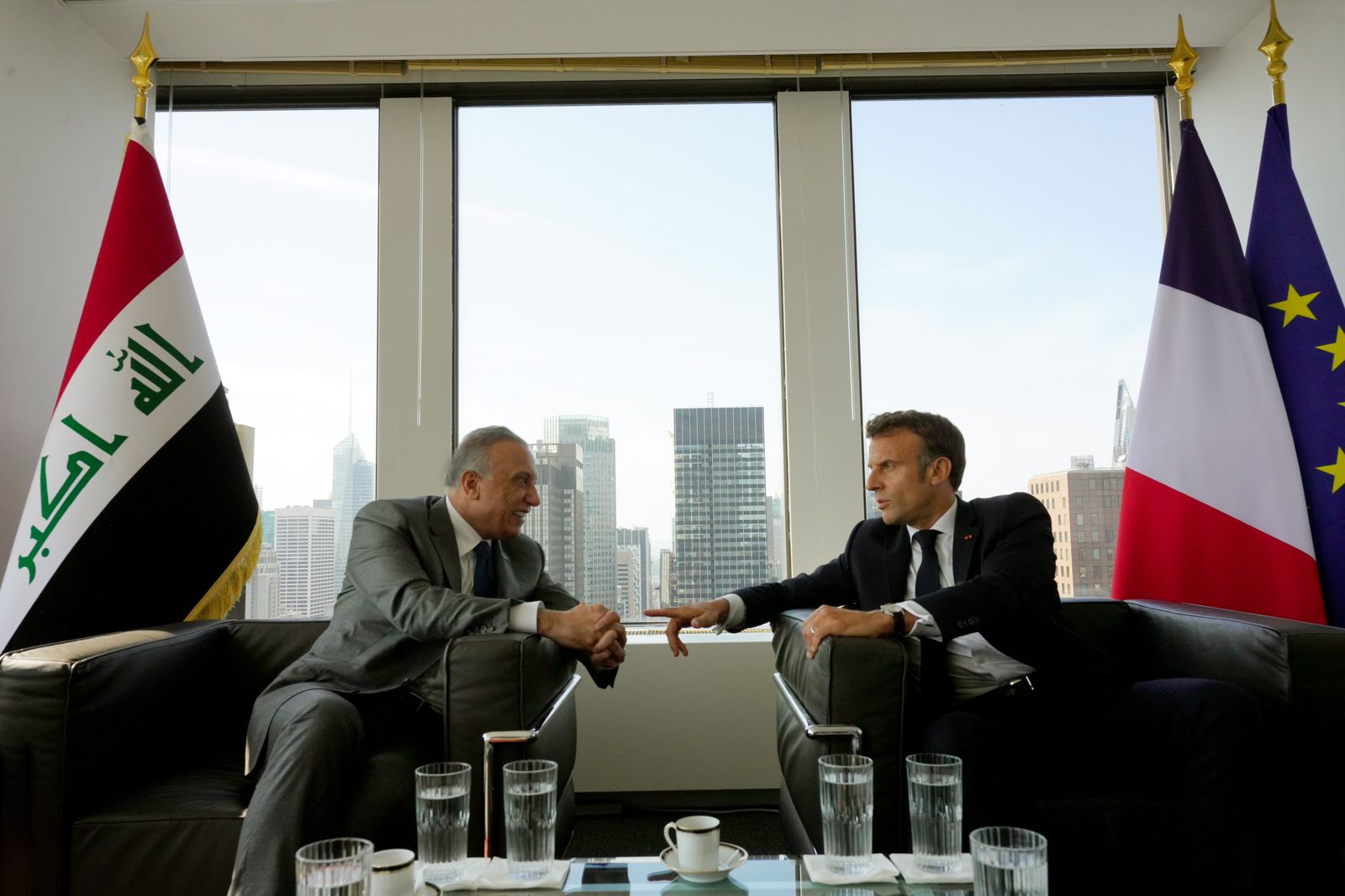 Both sides discussed ways of developing the relations between the two countries, the regional and international developments, and the cooperation in the fields of security, economy, and combating terrorism

Macron expressed support for Al-Kadhimi's initiative for dialogue among the Iraqi political forces to overcome the current political crisis.

The two leaders stressed the necessity of holding the Baghdad 2 Conference for Cooperation and Partnership and Iraq's "prominent role in the region to enhance security."