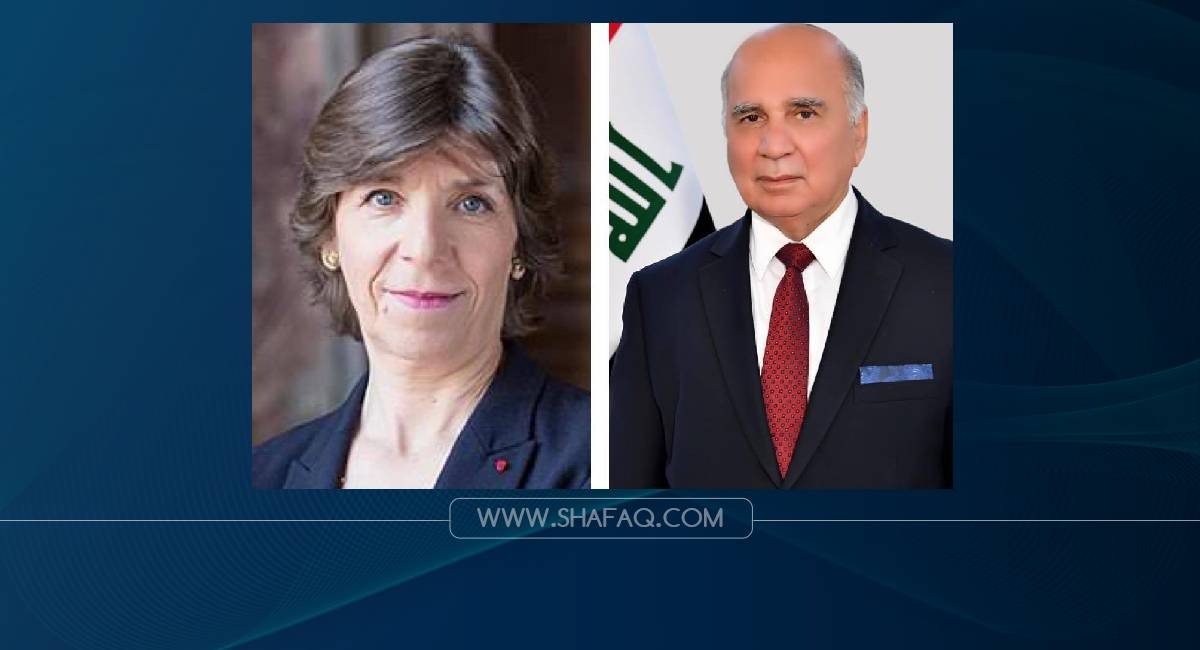 Hussein congratulated her on assuming her position as the Minister of Europe and Foreign Affairs.

According to the Iraqi Ministry's statement, the two sides discussed bilateral relations, ways to boost coordination between Baghdad and Paris, and several regional and international issues of common concern, including the ties between Saudi Arabia and Iran and the nuclear agreement.

They stressed the need to continue the Saudi-Iranian talks in Baghdad and to find solutions that would "achieve security and stability."

In turn, the French Foreign Minister offered her sincere condolences to the government and people of Iraq for the "martyrdom of several citizens as a result of the bombing of a tourist village in Duhok Governorate," stressing France's commitment to supporting Iraq's sovereignty fully.

After 100 years, France appoints a new consul in Nineveh