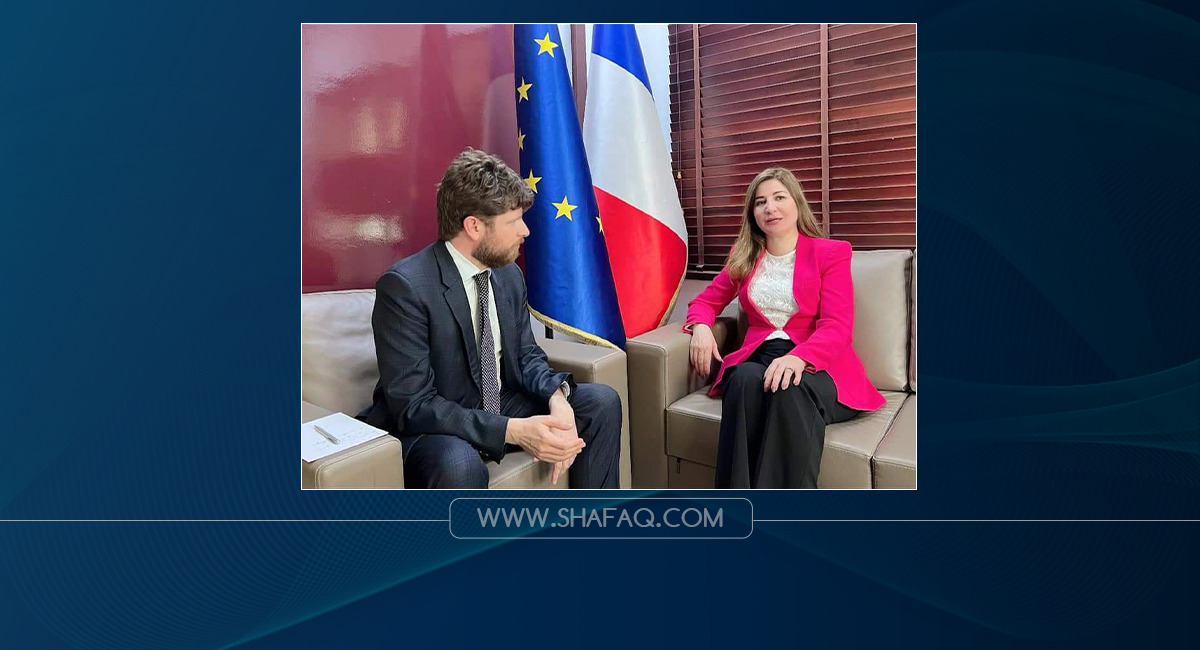 According to a readout issued by her office, Dakhil discussed with her guest the latest updates on the political arena in Iraq.

Dakhil highlighted France's role in providing humanitarian aid for the internally displaced persons and rehabilitating the victims of ISIS.

The French diplomat reiterated his country's commitment to endorsing the minorities, particularly the Yazidis, calling for international cooperation to reveal the fate of the missing people and reparate the families in displacement.

The two sides laid emphasis on the need to implement the Sinjar agreement and rebuild the infrastructure of the district ravaged by ISIS.