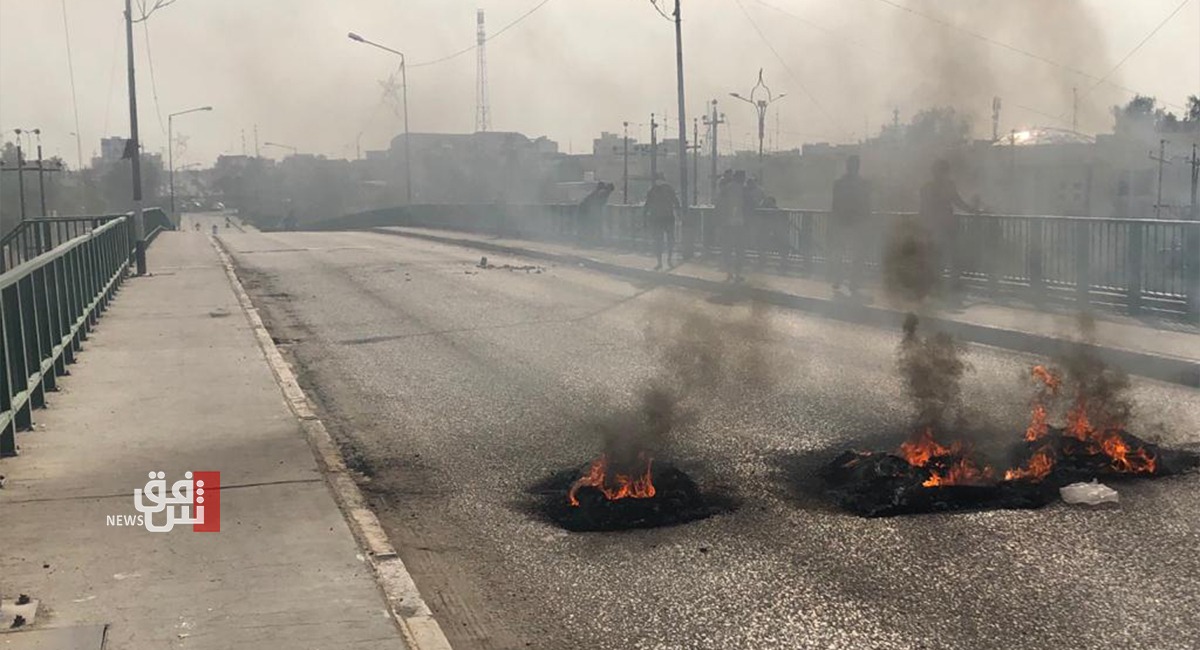 Shafaq News / A security source told Shafaq News Agency that until now, 14 were injured in Nasiriyah protests, four of whom are in critical condition.

The source noted that the situation is currently calm after the demonstrators withdrew from al-Nasr bridge.

Unidentified individuals targeted the house of a civil activist in Nasiriyah

Live bullets were reported shot at demonstrators in Nasiriyah

Clashes between protestors and security forces in Al-Haboubi square