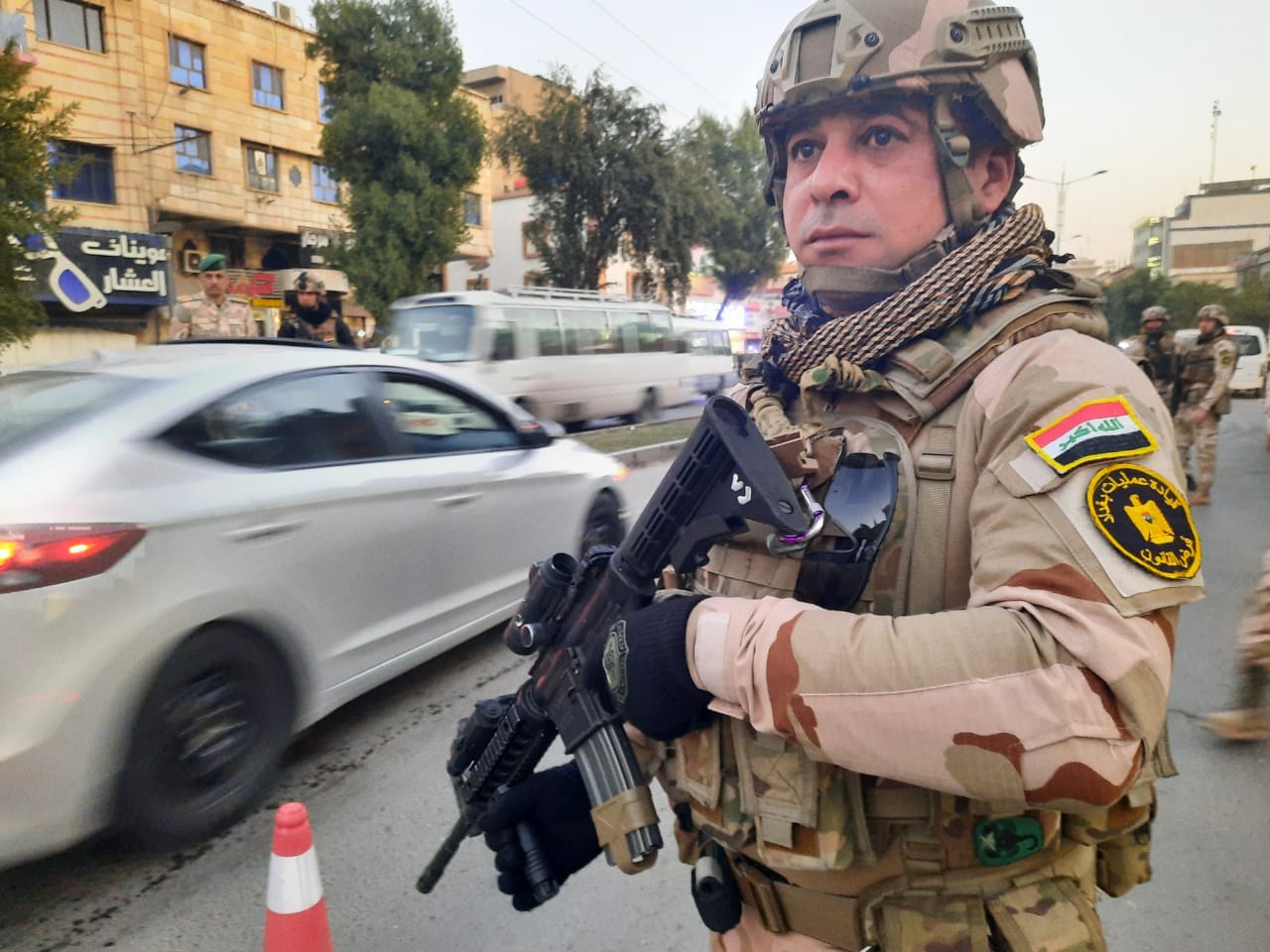 Shafaq News / Baghdad Operations Command announced, on Wednesday, that four suspects were arrested in accordance with Article 4/1 of terrorism in separate areas of the capital.

The command said in a statement, “based on intelligence, a force of the 27th Brigade had arrested a terrorist in the Al-Mansour area.”

“The intelligence of the First Brigade in the Federal Police, in coordination with the National Security Agency in Al-Anbar also arrested three wanted persons in the Arab Jabour area and within of the division’s controls.

It indicated that "all accused have been referred to the judiciary."

Human trafficking gang of 11 individuals, including 5 women arrested in Baghdad

Injuries among security forces by a grenade in central Baghdad

A bombing targets a liquor store in Baghdad