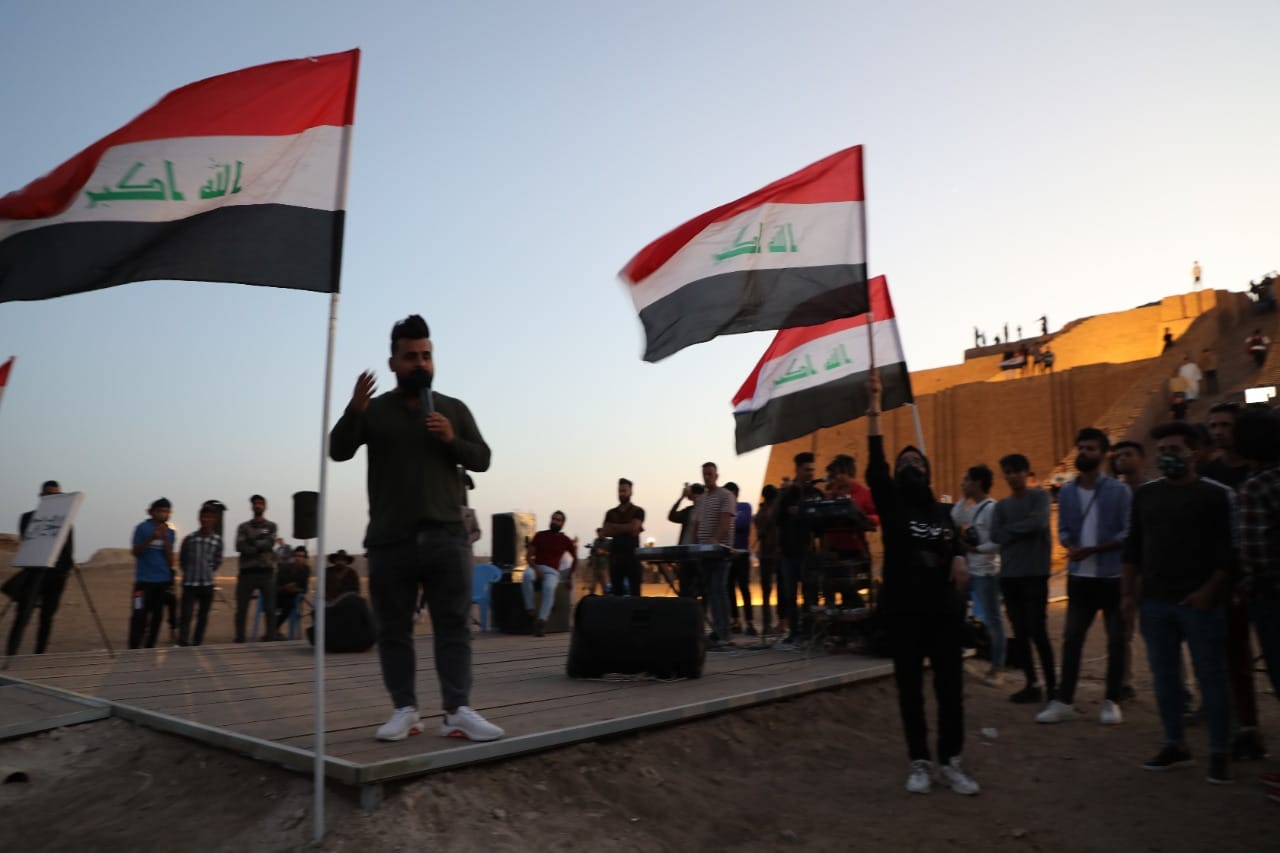 Shafaq News/ On Friday, Dhi Qar  organized a one-of-a-kind festival in the ancient city of Ur to support tourism in the Governorate.

Director of Tourism and Antiquities in Dhi Qar, Amer Abdul Razzaq, told Shafaq News Agency, "The SUMERIAN SEED festival is a product of volunteers’ work and did not cost us a dinar."

He added, "We expected that about 100 people would attend the festival, but we were surprised by more than 1,000 people," noting that "the festival included musical concerts, recitation of poetry, folkloric activities, and drawing exhibitions.”

"Many people of different governorates and German, Turkish, and British delegations have attended the festival.”

Abdul Razzaq pointed out, "This festival is a message to the whole world that we are living in a safe country and a stable city and that we are people who love life."