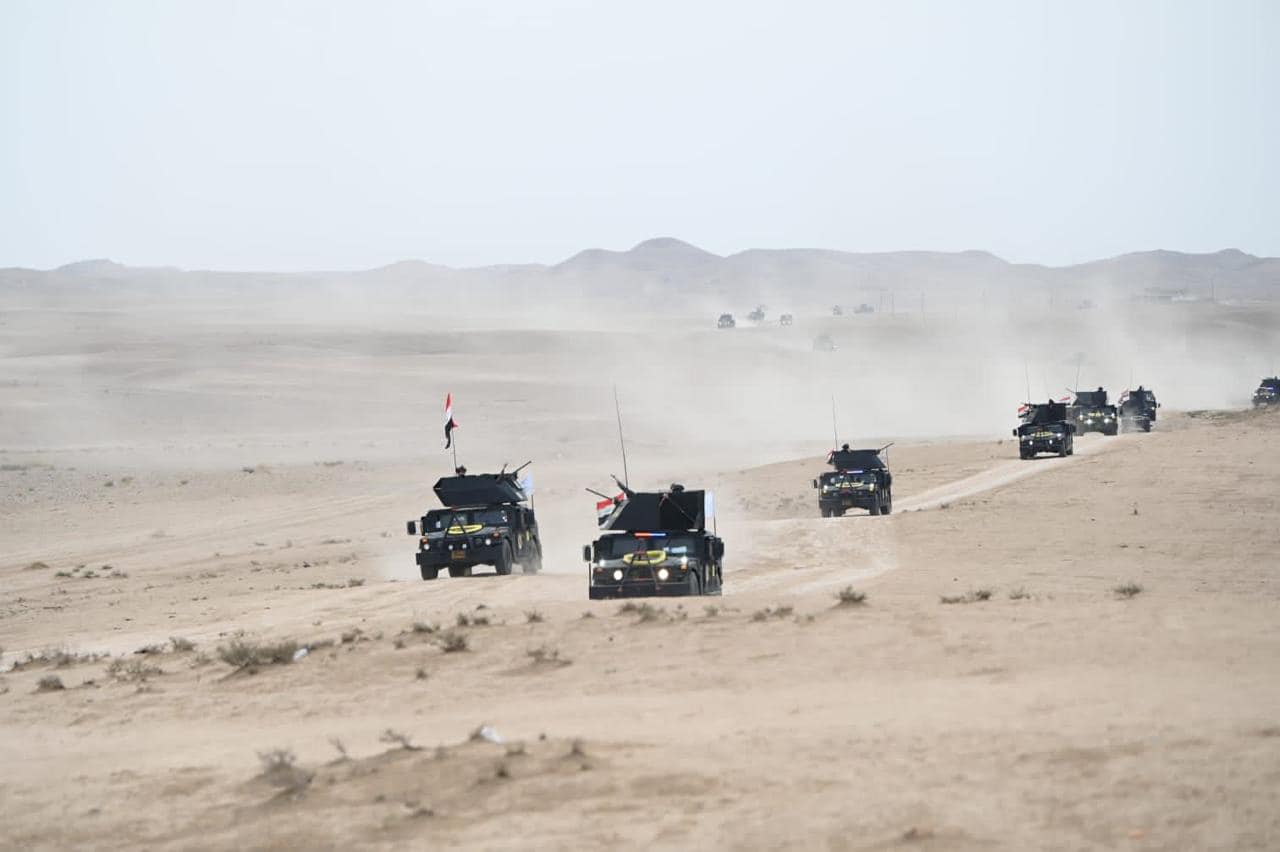 Shafaq News/ The Directorate of Counter-Terrorism Agency reported that a military commander of ISIS had been arrested in Kirkuk Governorate.

The Agency said in brief on Thursday, "We arrested a terrorist commander, affiliated with ISIS gangs, along with his assistant, on the outskirts of Kirkuk Governorate."

In the same context, the Iraqi Security Media Cell reported that it had arrested three wanted terrorists by the provisions of Article (4 / terrorism) for their affiliation with ISIS.

In a statement, the Cell said, "to dry up the sources of terrorism, to chase ISIS elements and to clear the lands, the Joint Operations Command in Kirkuk, the third and fourth axes of the Peshmerga and the Counter-Terrorism Service, launched a joint security operation in eastern Kirkuk Governorate."

An official told Shafaq News Agency that brigades of the Peshmerga forces and the Iraqi army carried out military operations to "comb" and "clean" large areas of the Kifri and Kolgo axis adjacent to the disputed areas.

In addition, the Assistant Commander of the Qara Tapa, Hemrin axis of the Peshmerga, Maj. Gen. Muhammad Rostom confirmed to our Agency that these operations of the initial encounter include combing the areas extending from the outskirts of Kifri to the outskirts of Tuz Khurmatu, and in coordination with the army and Counter-terrorism forces

He indicated that the operations were launched from five axes concentrated in the areas that witnessed terrorist attacks.

An attack by ISIS militants on a village in northern Iraq on Friday killed three villagers and 10 Kurdish soldiers.

The attack took place in the Makhmour region, a hotbed for the terrorist organization activity that sees regular attacks against Kurdish forces, Iraqi forces, and civilians.

In a separate attack on Sunday, ISIS  killed four Peshmerga soldiers and a civilian and wounded six other people when attacking Qara Salem village in northern Iraq.