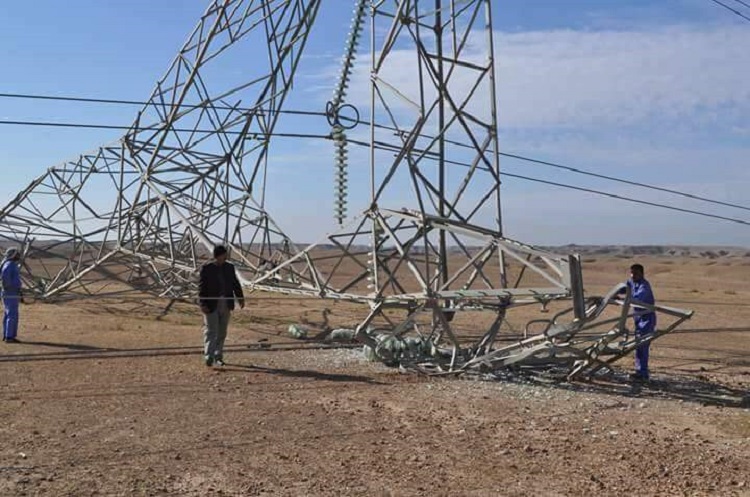 Shafaq News/ A security source in Diyala reported that a maintenance team was targeted in an explosion northeast of the governorate.

The source told Shafaq News Agency that the team was repairing the Diyala - Mirsad line on the outskirts of al-Muqdadiyah district, 45 km northeast of Baqubah.

No causalities were recorded.

Electrical maintenance teams in hot areas are exposed to continuous attacks with explosive devices due to the security gaps in these areas.

Earlier today, the Northern Electricity transmission General Company confirmed in a statement today that the line was subjected to a sabotage act, in which tower 342 fell, while towers 340 and 341 were damaged.

The statement noted that this line has been out of business since yesterday, due to the bombing of Tower No. 73, also on the same line in Nineveh Governorate.