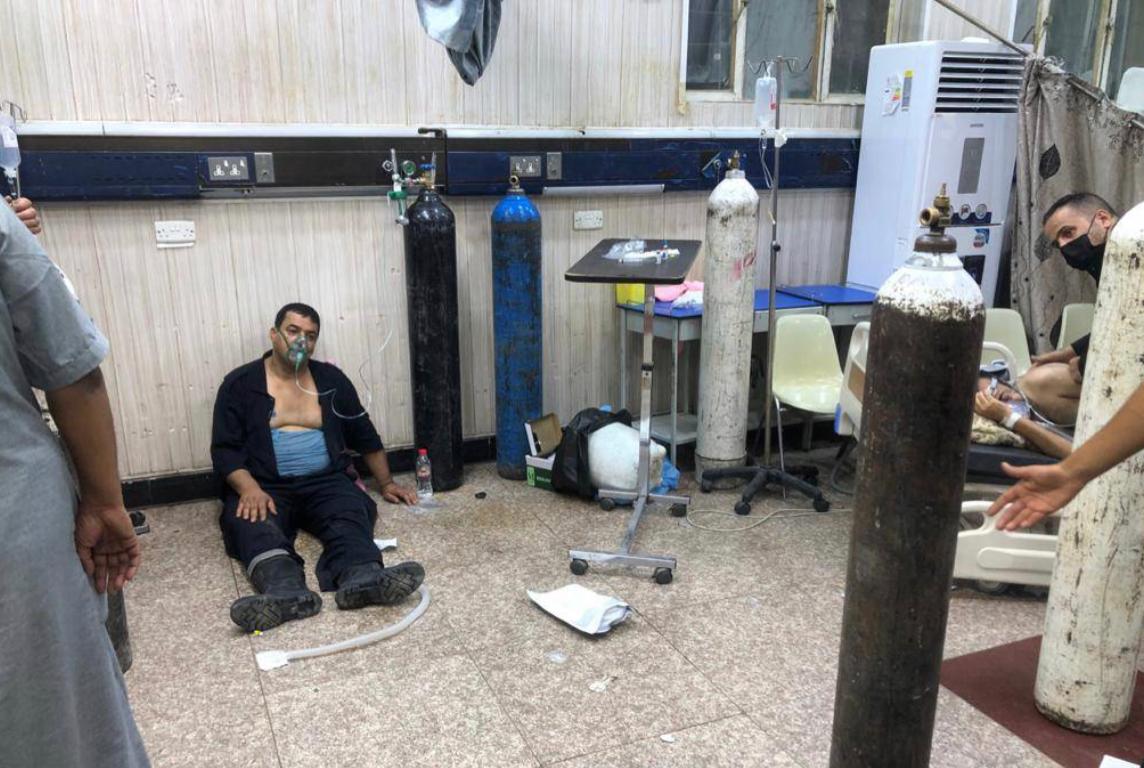 Shafaq News/ Medical and security sources reported, on Monday evening, that the massive fire that broke out in an isolation center for Covid-19 patients in the city of Nasiriyah took at least 45 lives.

A medical source told Shafaq News Agency, at least 45 people have died and their bodies in charred of fire, while tens were injured in Al-Shifaa Center at Al-Hussein Teaching Hospital in Nasiriyah, the center of Dhi Qar Governorate.

The source added that the fate of tens of Covid-19 patients and their companions inside the Center has until now remained unknown.

In the other hand, a security source told Shafaq News Agency, "the fore is caused by three oxygen tanks exploded inside the center."

A civil defence source reported to our Agency, " a sequence continued after the incident inside the hospital due to the oxygen gas tanks and refrigeration devices, and we doubt that someone stands behind the accident."

Last September, a fire caused by an oxygen tank explosion at Ibn Al-Khatib COVID-19 hospital in Baghdad took at least 82 lives and forced some people to leap through windows out of the burning building.