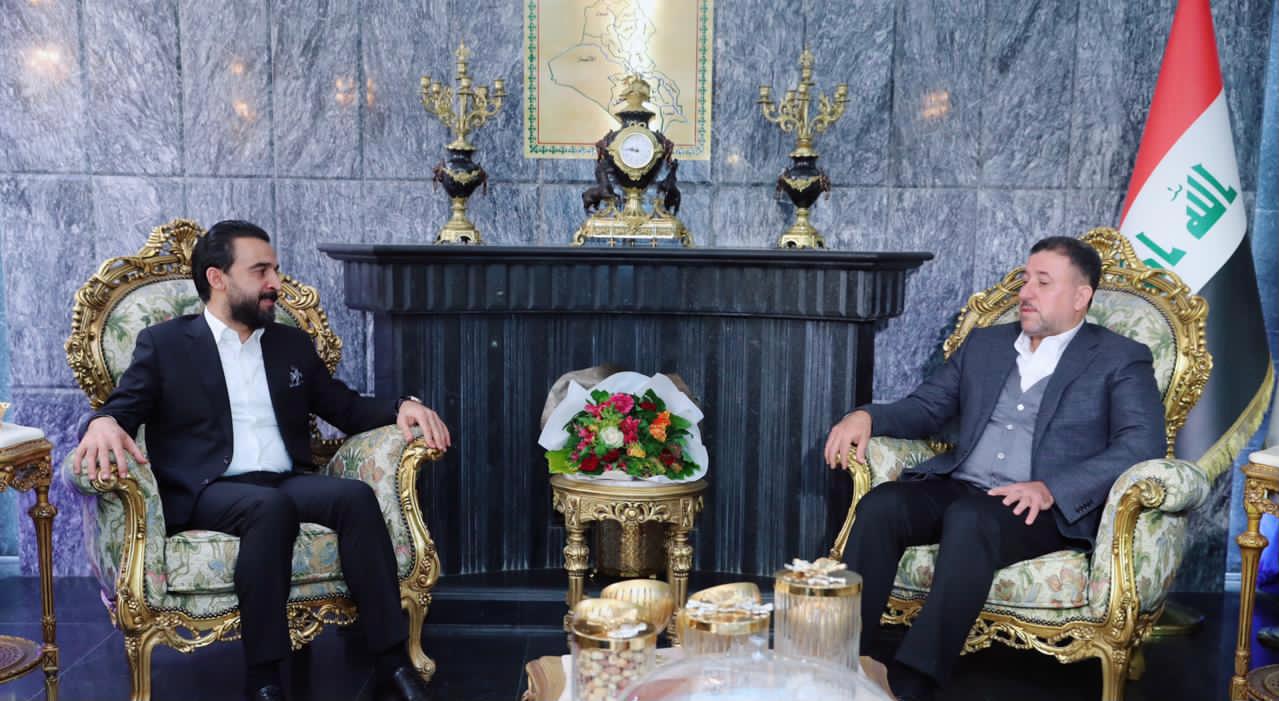 Shafaq News/ The member of al-Azm bloc, Mesh'an al-Jubouri, on Sunday said that the head of the bloc, Khamis al-Khanjar, has traveled to the United Arab Emirates (UAE) along with the head of al-Takaddom bloc and the Speaker of the outgoing parliament, Mohammad al-Halboosi.

In a tweet he commenced with "In the open", al-Jubouri said, "in a confirmation for what we have already said but some refuted: Sheikh Khamis al-Khanjar, leader of al-Azm alliance, has arrived in the Emirates after a six-year ostracism."

Al-Jubouri said that al-Khanjar, along with al-Halboosi, will be on a bipartite tour that includes three countries.

"They will inform the leaders of those states about their agreement to work together to serve Iraq and the destroyed cities," he added.

A source in al-Azm alliance said that the Sunni bloc would not take part in any meeting held outside Iraq to nominate a new Parliament Speaker of the country.

The source said in a statement to Shafaq News Agency, "we in Azm, leading figures and winning candidates, assert that naming a Parliament Speaker is a national choice, similar to other presidencies," in reference to the Presidency of the Republic and Premiership.

"Any external interference in favor of a name or another is not accepted, neither by us nor by all the other forces in the national space," the source added, "on the contrary, such interference stifles the chances of the person of interest and places him in doubt and suspicion."

Yesterday, a source from inside al-Azm said, "the political differences between the two leading Sunni blocs over the next Parliament Speaker are yet to be resolved in spite of the ongoing talks."

"Al-Azm has two names in mind: Mahmoud al-Mashhadani and Khaled al-Obaidi, with the latter being more likely to assume the post," the source explained, "the Shiite and the Kurdish parties endorse al-Obaidi's designation."

"The Sunni blocs will not reach an agreement on renewing the mandate of Mohammad al-Halboosi due to a political agreement that impedes the renewal for the three presidents and naming them to an executive position," he added.

A leading figure of al-Azm alliance, Issa al-Issawi, said last week that the meeting his bloc held with its Sunni nemesis, al-Takaddom, did not touch upon renewing the mandate of the Parliament Speaker of the outgoing Iraqi parliament, Mohammad al-Halboosi.

In a statement to Shafaq News Agency, al-Issawi said, "the meeting of Takaddom and Azm leaderships did not discuss renewing the mandate of al-Halboosi on the helm of the Parliament or choosing another figure to the position."

"Media reports about a preliminary agreement between Azm and Takaddom on renewing for al-Halboosi are unfounded," he added, "after the ratification of the results by the Supreme Federal Court, the nominees for the position will be discussed."

It seems that the talks between the leaders of al-Azm, al-Khanjar, and al-Takaddom, al-Halboosi, were not sufficient to converge the views between the two leading Sunni blocs in the foreseeable future at least. Both al-Halboosi and al-Khanjar have their eyes set on the chair of the Parliament Speaker, with the latter approaching the former's tally of seats (37) with 34 after joining hands with the Masses (al-Jamaheer) bloc, Kirkuk's Arab alliance, Deciding Reform (Hasm al-Islah) Movement, and members of the National Contract (al-Aqd al-Watani) bloc.