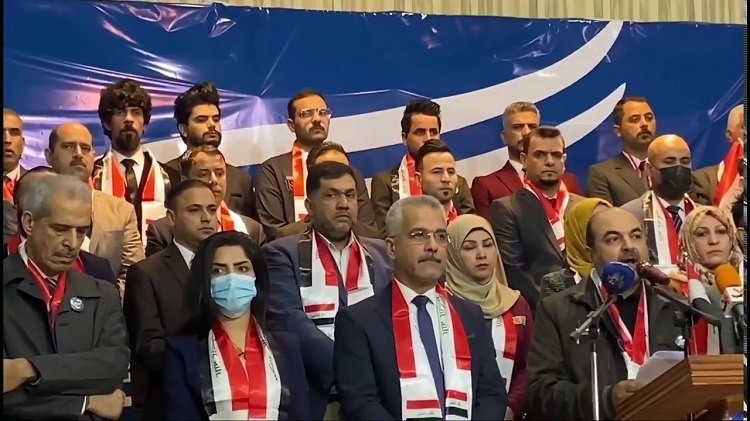 Shafaq News/ Spokesperson to the Emtidad movement, Manar al-Obaidi, on Tuesday denied the media reports about talks with the Sadrist movement and the Coordination Framework over the formation of the upcoming Iraqi government.

In a statement to Shafaq News Agency, al-Obaidi dismissed the media reports hinting at potential rapprochement with the Coordination Framework and the Sadrist movement as "unfounded".

"Our position has not changed. We will be an opposition party. We have filed a request at the parliament presidium to be registered as an opposition party," al-Obaidi said, "there are neither talks nor agreements about joining any blocs or alliances."

On March 5, member of Emtidad's Politburo, Nour Nafei Ali al-Halijawi, announced "her resignation" from the movement to protest the movement's endorsement of renewing the mandate of Mohammad al-Halboosi at the head of the parliament.

On February 13, 17 members of the movement that emerged from the October protests said they withdrew from Emtidad because the movement's representatives in the Iraqi parliament veered of its internal code.