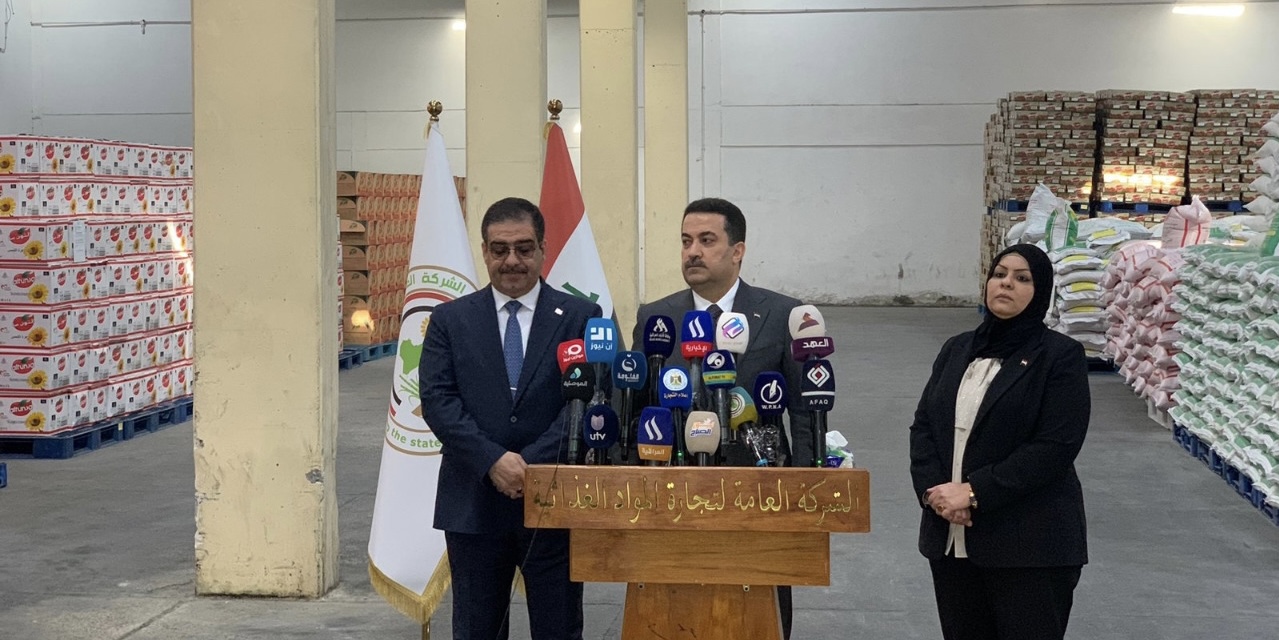 Shafaq News/ The Emtidad movement criticized Mohamad S. Al-Sudani's Government for not taking "serious" measures to tackle the current economic crisis, including the devaluation of the Iraqi dinar against the U.S. dollar.

In a statement, the movement warned that people cannot continue "paying the price for the failure of the ruling parties to run the country, with no economic vision to overcome the crisis."

The movement considered that the Government's measures to deal with the crisis were a "disregard" of the Iraqis' interests, as they did not solve the main problems, such as controlling the border crossings, dealing with the corrupt heads, and stopping the currency smuggling to neighboring countries by the corrupt parties.

The Iraqi dinar hit new lows last week, reaching about 1,670 to the dollar. The currency has lost nearly 7% of its value since mid-November.

The official rate stands at 1,470 dinars to the dollar.

Some Iran-backed politicians in Iraq have blamed the drop on recent measures by the U.S. Treasury. The United States has sanctioned several Iraqi banks dealing mainly with Iran, which is under American sanctions, amid concerns that hard currency is being routed from Iraq to Iran. In addition, late last year, the Federal Reserve began taking measures on transactions to slow the flow of dollars into Iraq.

The Iraqi prime minister replaced the governor of the Central Bank, Mustafa Ghalib Mukheef, following the weekslong plunge of the Iraqi dinar.

Mukheef, who was in the post since 2020, was replaced by Muhsen al-Allaq, as interim governor.

Al-Allaq, according to our sources, was given three months of probation to assess his performance.

Hours after the dismissal, al-Sudani issued new decisions to alleviate the problem, including increasing the number of beneficiaries from the "social protection network" and providing the poor with food baskets, allowing the government banks to sell dollars to citizens at the official rate (1470 dinars per $) for necessary matters, including treatment, Hajj, travel, and studying, binding all government agencies to sell all goods inside Iraq in dinars at the official rates, selling goods and services of some private sector companies at 1470 dinars for one dollar, especially the Airways offices, trade agencies, telecommunications, and Internet companies, and providing the Trade Bank of Iraq (TBI) with 500 million dollars for opening credits for small merchants.

With 70 MPs on board, October candidates: we have a clear vision for the government

Another founding member of Emtidad resigns

Emtidad comments on the attack on its Babel headquarters