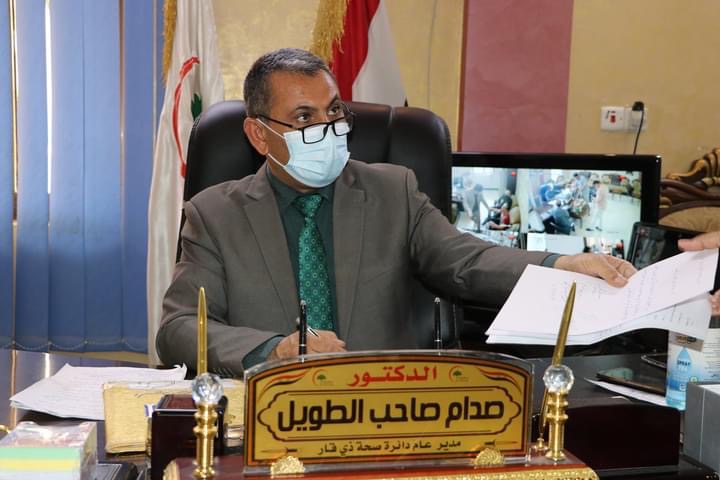 Shafaq News/ Employees of the Dhi Qar Health Directorate on Thursday held a strike to protest against the laying of its director for "ill-devised decisions".

According to a statement of the Association of Healthcare Professionals and the league of Ministerial Contractors in the Dhi Qar Health Directorate, the employees decided to shut down the Directorate pending a decree from the Ministry regarding the Administration."

The statement said that the strike is held to protest the "frequent interventions in the Directorate's work" and the "ill-devised decisions" amid an ambiguous position of the Ministry of Health.

The employees called for revealing the circumstances that led to the dismissal of the Director, stressing that their decision will remain in force until the Ministry settles the situation.

On June 21, the Governor of Dhi, Ahmed al-Khafaji, relieved Dr. Saddam Sahib al-Tawil from the duties of the Governorate's Health Director and assigned them to Dr. Aous Adel Jasem.

A source told Shafaq News Agency that Dr. al-Tawil was forced to leave his position by the local government after he insisted on halting a four-billion medical supplies deal that he deemed unnecessary to the Directorate.