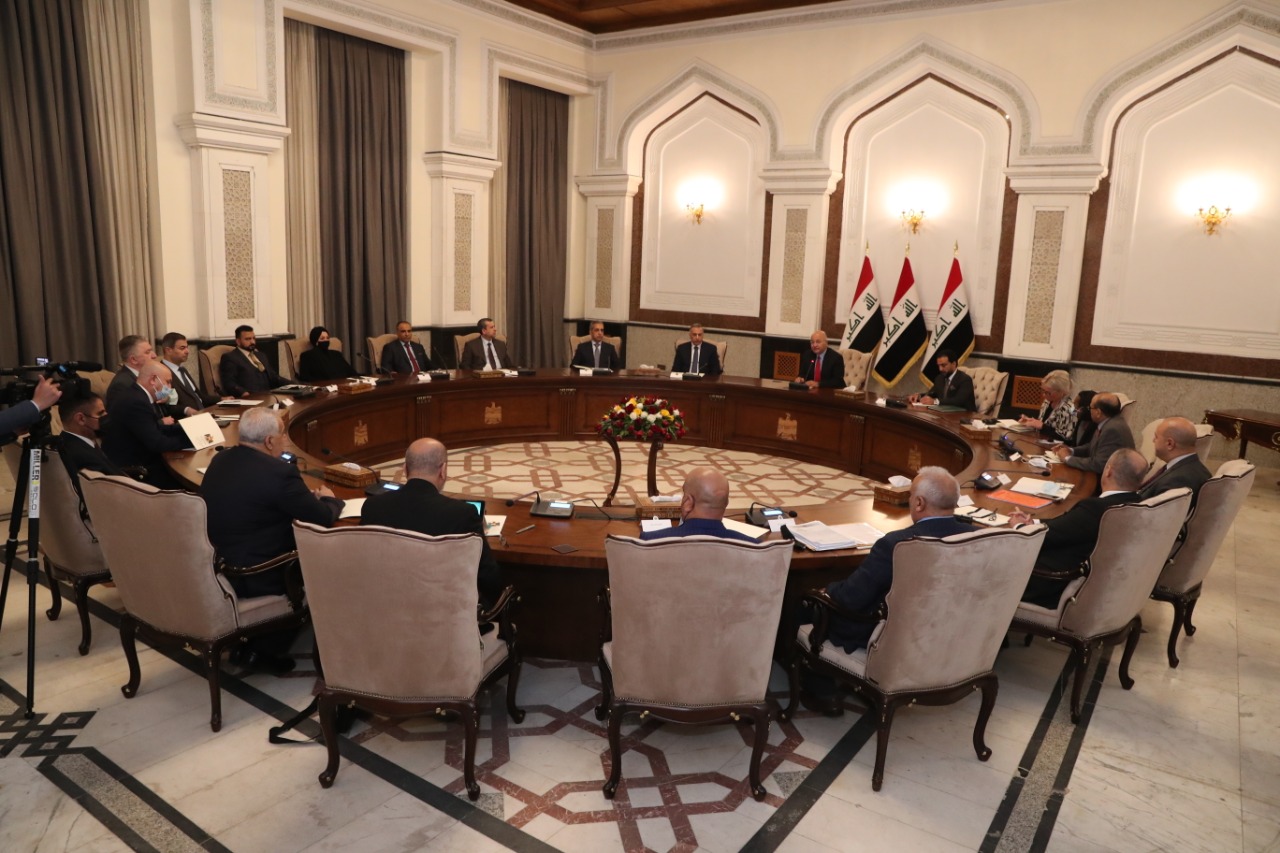 Shafaq News / A meeting between the presidencies of Iraq and the UNAMI came out to provide full support to the electoral Commission to hold early elections at the scheduled time.

The meeting took place in the presence of the Iraqi President, Barham Salih, the Prime Minister, Mustafa Al-Kadhimi, the Speaker of Parliament, Muhammad Al-Halbousi, and the President of the Supreme Judicial Council, Faiq Zeidan.

The meeting hosted the Chairman and members of the Board of Commissioners of the Independent High Electoral Commission, and the Special Representative of the Secretary-General for the United Nations Assistance Mission for Iraq, Jeanine Hennis Plasschaert, to discuss the upcoming early elections, according to a statement issued by the Presidency of the Republic received by Shafaq News agency.

During the meeting, the Electoral Commission presented the schedule of technical operations and timings for conducting early elections, as well as its commitments to conduct fair elections, intensify its efforts to complete the biometric registration of all voters, and coordinate to ensure effective international monitoring.

The Commission confirmed that it would give sufficient time for candidates, political alliances, new political forces, and youth to complete the legal registration procedures and submit lists of candidates.

Furthermore, and in order to enable it to complete its work, the meeting recommended providing full support to the Commission to accomplish its tasks and complete the constitutional and legal requirements for holding early elections, emphasizing the need for Parliament to legislate the Federal Court Act.

Earlier today, the Independent High Electoral Commission in Iraq informed the three presidencies and political blocs that they could not hold early elections scheduled for June, a source reported.

The source told Shafaq News Agency that it would not be ready until after next September, and some Political parties support this matter. "

The source added, "In the coming days, new meetings will be held between the Election Commission, the three presidencies, and political forces to agree on a new date for holding early elections."