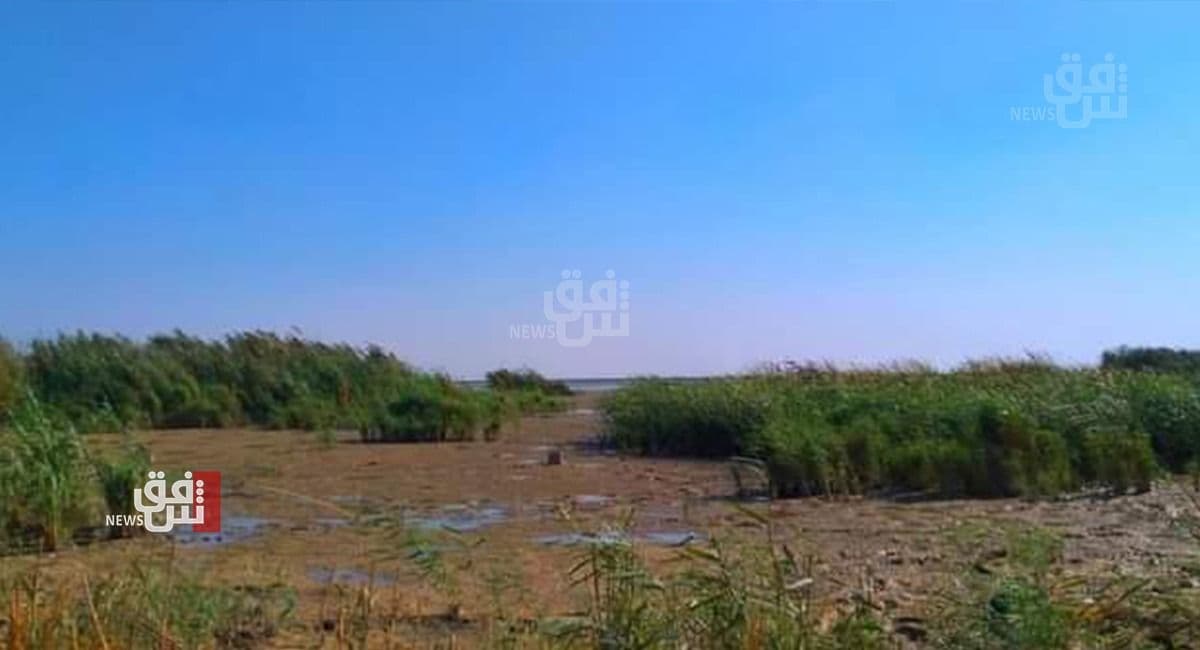 Shafaq News/ Hachem Shneichel, member of the Municipal Council of al-Mshrah sub-district in Maysan, said that the severe drought caused by water cuts by the Iranian side has disturbed the biodiversity of the marshlands and caused the displacement of the residents.

Shneichel told Shafaq News Agency on Wednesday, "al-Hawizeh Marsh, which is enlisted on the World Heritage List and one of the largest Iraqi marshes, located in the al-Mashrah district, depends 70% on the Iranian side and 30% on the Iraqi side."

"The Iranian side took a horrible approach during the past years. They built an earthen berm separating the Iranian side from the Iraqi and placed pipes that they open to the Iraqi side in floods only. Otherwise, they close them to irrigate the grass and sugar cane farms."

"The drought has prompted many buffalo breeders and marsh residents to flee towards the Kahla district. Moreover, fisheries died in the marsh because of drought in its interior areas."