Diyala: +7,000 security officers recruited to secure the Arbaeen pilgrimage on the route to Baghdad 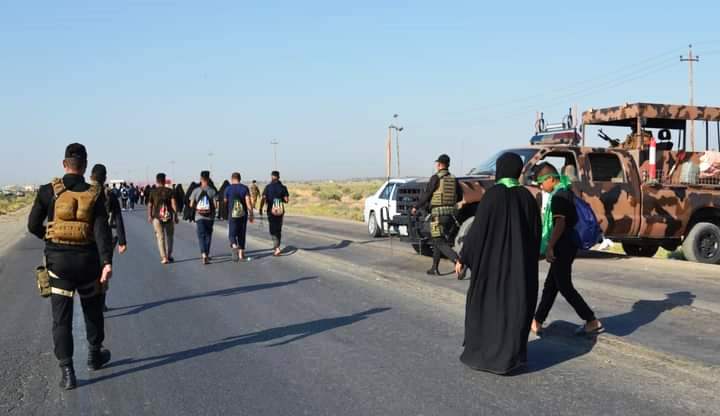 Shafaq News/ More than 7,000 security officers in Diyala were recruited to secure the Arbaeen pilgrimage, a security source said on Tuesday.

"More than 7,000 security members participated in securing the Diyala-Baghdad road, the road the pilgrims will walk," the source told Shafaq News Agency, "patrols and checkpoints were employed along the way to the capital, in coordination with Diyala's health directorate and other services agency."

"A special route was set by the local authorities for those who will walk to Baghdad from Kirkuk," the source added.

"Caravan organizers and 'Husayni commissions' are cooperating with the security authorities. Suspicious movements are reported instantly."

"The security authorities urged the pilgrims to avoid having food from unknown sources, and report suspicious bodies. Emergency lines are available at any time."

It is noteworthy that not a single incident has been reported on the Diyala-Baghdad route during the Arbaeen pilgrimage for more than six years.

The Arbaeen Pilgrimage, or the Arba'een Walk, is the world's largest annual public gatherings. It is held at Karbala, Iraq, at the end of the 40-day mourning period following Ashura, the religious ritual for commemorating the martyrdom of the grandson of Prophet Mohammad and the third Shia Muslim Imam, Husayn ibn Ali's in 61 AH (680 AD).