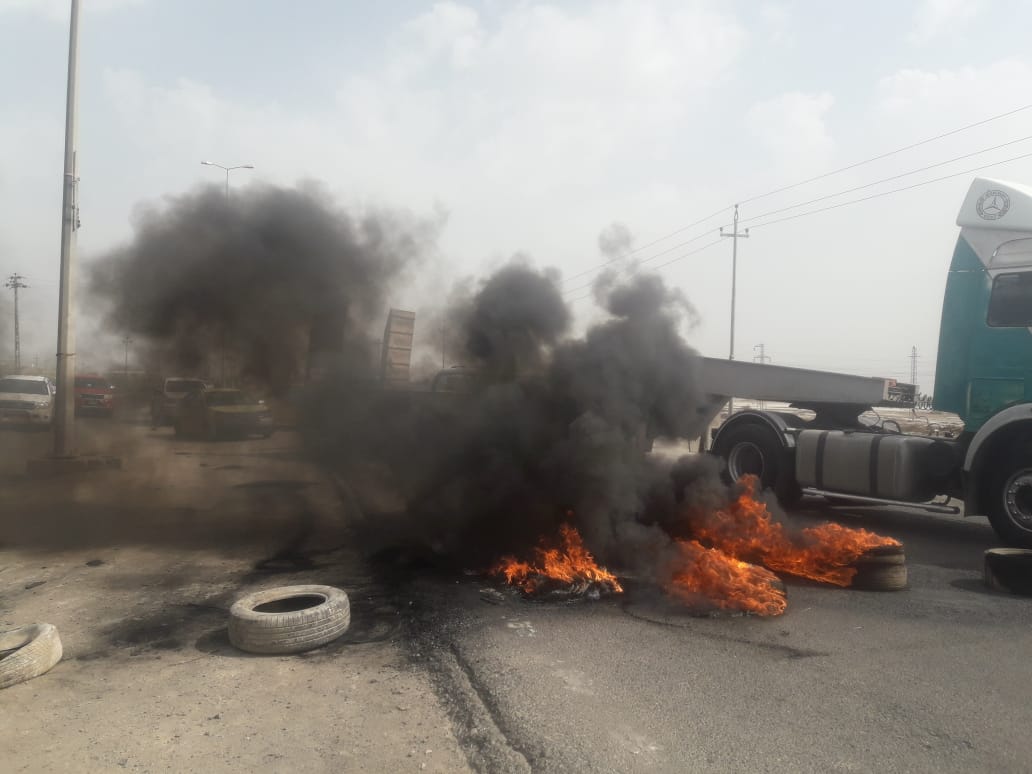 Shafaq News/ Eyewitnesses in Dhi Qar reported today, Sunday, that infuriated demonstrators blockaded three main bridges in the governorate, while others staged a picket at the gates of the Dhi Qar oil company.

The Eyewitnesses told Shafaq News Agency, "dozens of graduates and wage-workers in Nasiriyah Municipality blocked al-Zayton, al-Nasr, and al-Hadarat bridges to demand jobs in the oil company and executing decree 315 provisions for the Municipality's employees."

The blockades caused huge traffic congestion in the governorate, and employees had a hard time arriving at their work, according to the Eyewitnesses.

An explosive device targets a civilian's house in Al-Rifai