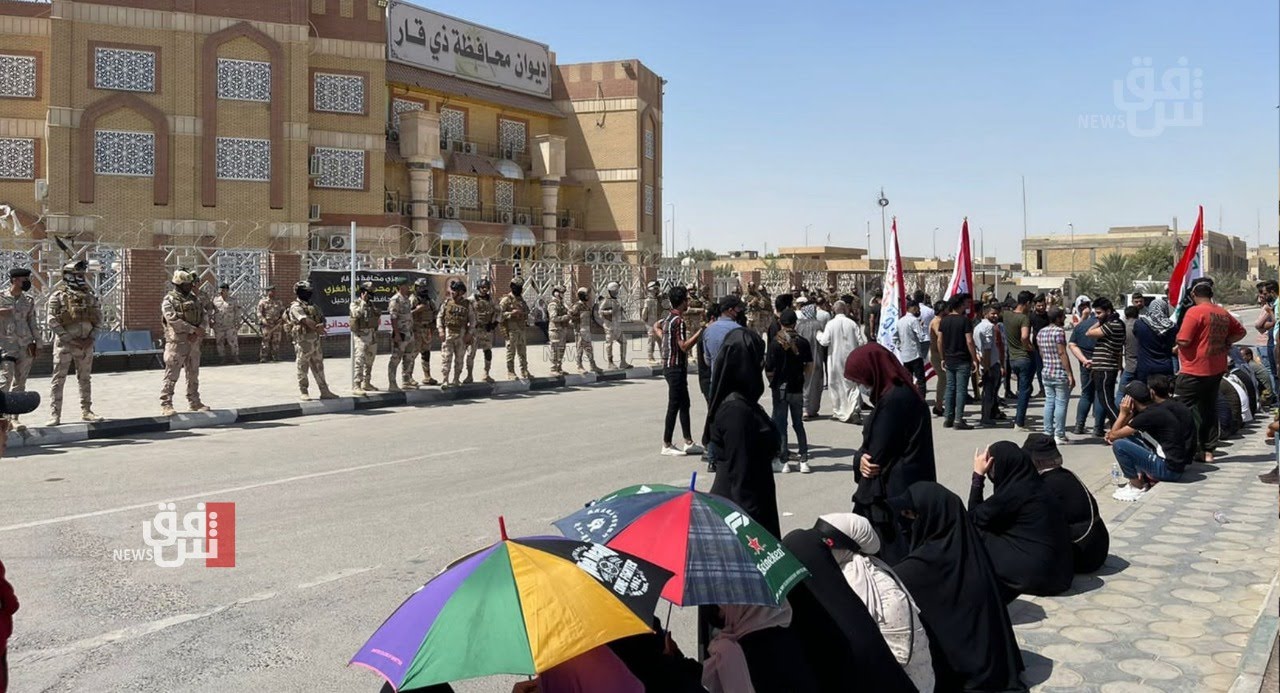 Shafaq News/ Dhi Qar's governor Mohammad al-Ghazzi urged the governorate's representatives in the Iraqi parliament to call for an urgent session to ponder solutions for unemployment in Dhi Qar.

In a statement to Shafaq News Agency, al-Ghazzi proposed a "roadmap of six axes to end unemployment in Dhi Qar."

"The appointments are a central issue directly linked to the state's budget," he said, urging the unemployed graduates to desist from the blocking roads "because it only damages the citizens."

"The number of graduates awaiting the budget approval to get jobs is many times the number of the graduates participating in the protests," he continued.

Iraqis head toward the Jordanian borders, stand in solidarity with Palestine