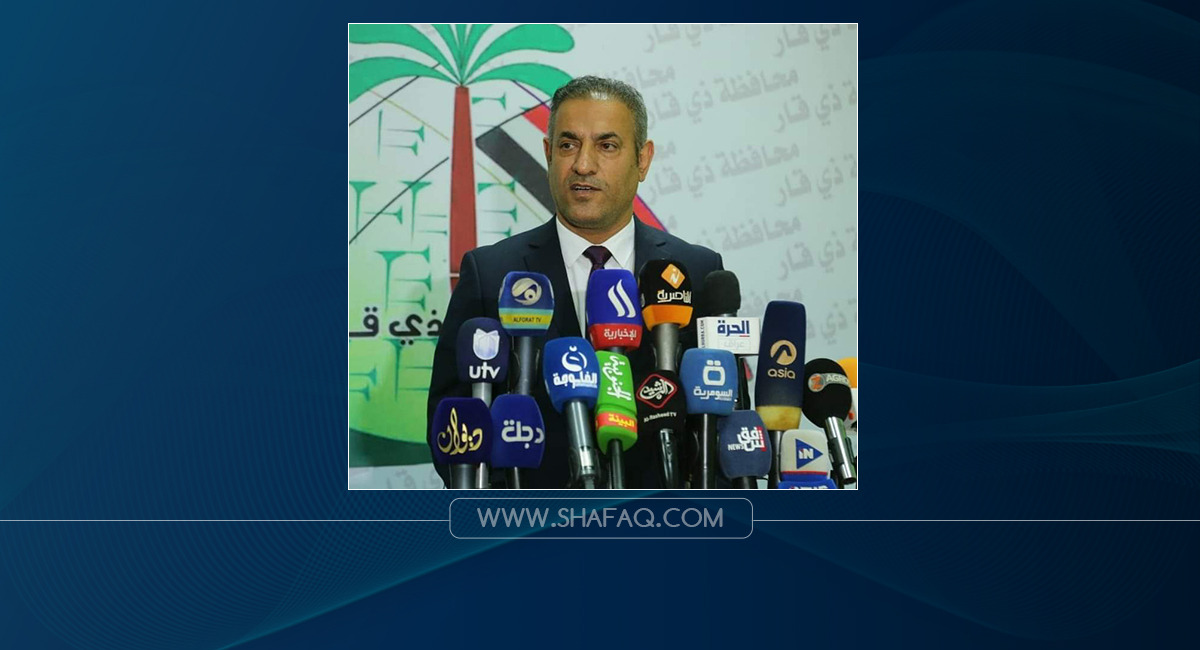 Shafaq News/ The incumbent and local of Dhi Qar, Ahmed al-Khafaji, on Thursday said that the marchlands drought in the governorate has both "local and international dimensions", hinting at efforts to address this issue with neighboring countries.

In a press conference he held in Nasiriyah today, "Despite Starting the construction years ago, the ministries' residential projects in the Governorate are stalled," indicating, "the Governorate administration formed a committee to keep tabs upon halted projects, especially schools."

"The Governorate will proceed with titling projects in Nasiriyah and other cities in the governorate after surveying the land covered by the land titling decree."

Al-Khafaji welcomed the new members of the Council, indicating, "the Dhi Qar Council for Construction is an old idea, but the incumbent government implemented it. It aims to set long-term strategies to the Governorate."

"Many department directors in the governorate are being blackmailed from many parties," he added, "as a Governor, I have been subjected to blackmailing myself from people with narrow interests."

"The Water of the marshlands has local international dimensions. First, the Ministry of Water Resources shall release the water stored for those areas. The second, the Governorate is considering inviting Turkish companies to invest in the Governorate to contribute to increasing water releases from there."

He added, "the Iraqi Minister of Water Resources, Mahdi Rachid, had informed the Government that he will address the Iranian side to mediate increasing water releases to the tributaries efferent to Iraq."

Al-Khafaji expressed deep concern on the issue of drought in the marchlands and the near extermination of the Buffalo there because of the increasing water salinity and decreasing water stages.

"We cast many water projects to address the water crisis since 2019. However, there have been no offers so far. We raised its values, and we are waiting for offers."

Explosion targets headquarters of a Shiite armed faction in Nasiriyah