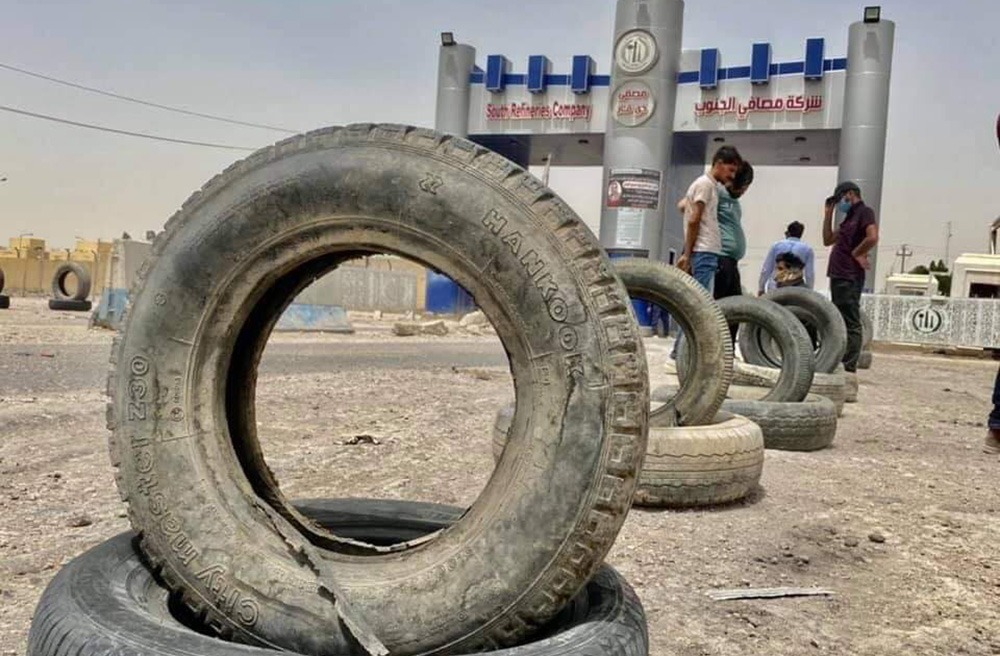 Shafaq News/ Dhi Qar graduates are preparing for another round of protests and pickets, with the fortnight ultimatum approaching its due date tomorrow, Wednesday.

A protestor told Shafaq News Agency, "two weeks ago, we met with the General Secretary of the Council of Ministers. He pledged to settle our issue if we reopen the Dhi Qar Refinery and Oil Products Distribution which we have been picketing for nearly two months."

"He promised that an official letter from the Federal Service Council to appoint us as daily wagers and regularisation comes later. However, the ultimatum ends tomorrow, and nothing happened."