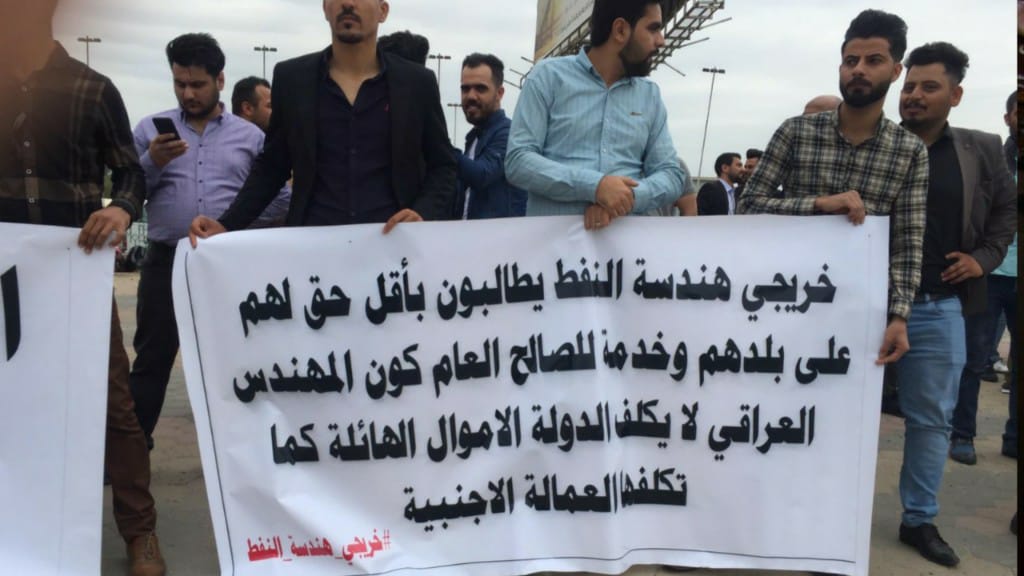 Shafaq News / A reliable source in the Dhi Qar governorate denied receiving a new list of protestors' names wishing to be appointed in oil companies.

The source told Shafaq News Agency that the news spread through social media about the governorate administration receiving a list of 500 names of protesters to be appointed in oil companies are unfounded.

"The Federal Oil Minister had increased the number of appointments assigned to Dhi Qar from 350 to 1000 occupational grades", he pointed out.

The source said that the Ministry of Oil has not specified the mechanism by which these job grades will be launched, adding that there are 2,150 protestors from different backgrounds (especially media, law, economy), demanding appointment.