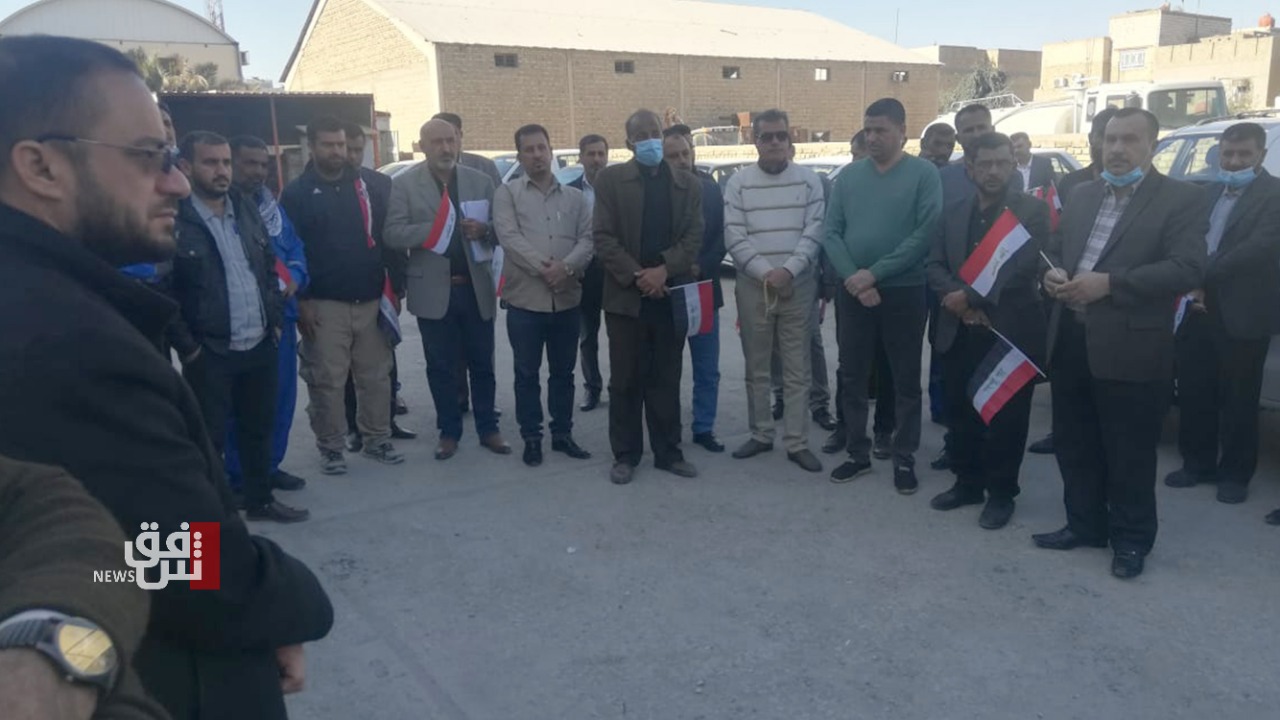 The correspondent of the Shafaq News Agency, in Dhi Qar, reported that the employees have not received their salaries despite a 40-day delay.

He added that the organizers of the protest threatened to announce a strike and cut the power supply to the governorate.

The demonstrators addressed the Federal Government demanding financial aid to them, like other departments in the governorate.