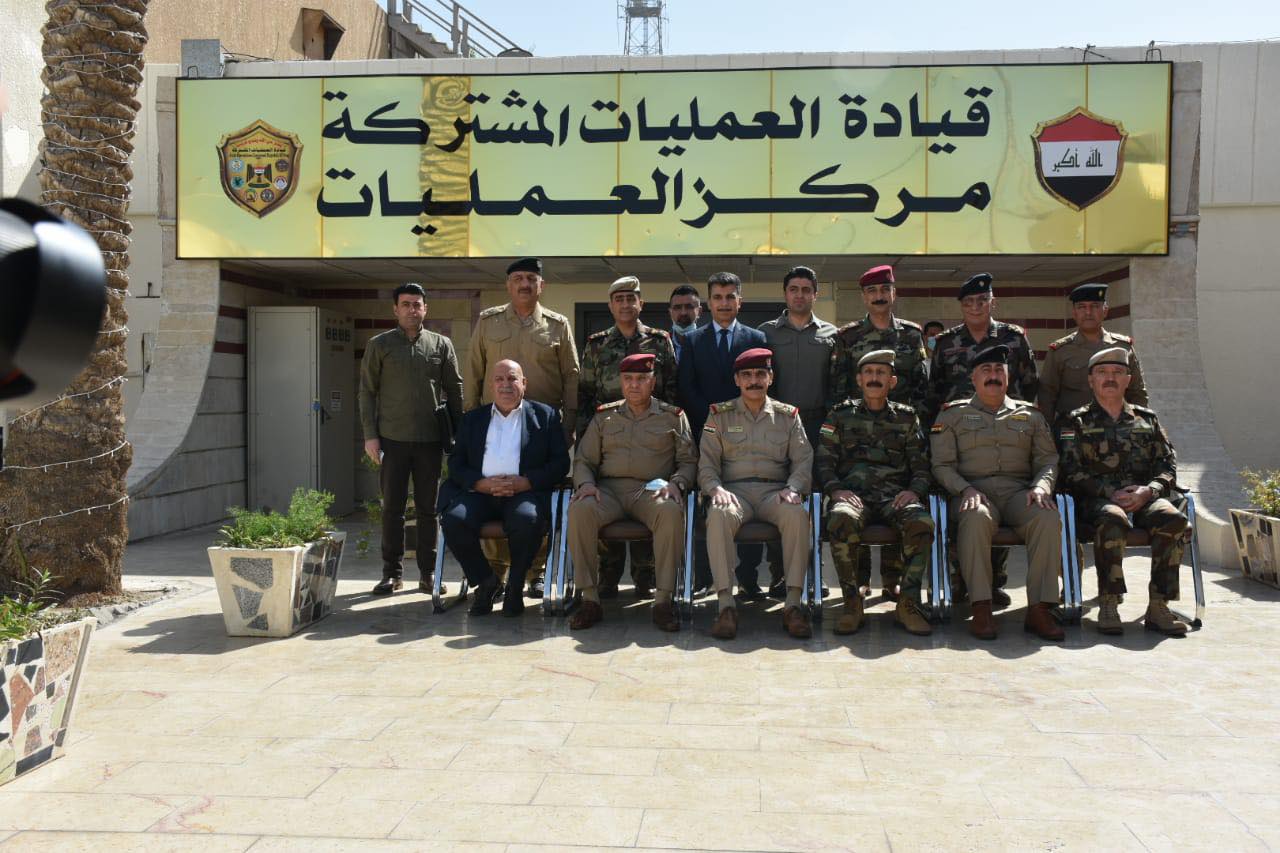 Shafaq News / The Joint Operations Command hosted today in Baghdad the third meeting of the Military Coordination and Joint Security Action Committee between Baghdad and Erbil.

A statement issued by the Joint Operations Command said that the meeting aims to identify the nature of security threats and pursue the remnants of ISIS terrorist organization, as well as taking military and security measures to address the security gaps:

2-Forming joint field security and military committees to assess security challenges according to operational sectors and axes, and preparing a roadmap to deal with them.

3-launching the security and military work in Diyala to establish a joint security coordination center, agreeing on a mechanism for the work of common checkpoints, and planning to carry out joint military and security operations against terrorism and crime.

Baghdad and Erbil recently agreed to form 4 security centers for joint coordination in Diyala, Saladin, Nineveh and Kirkuk, to analyze security and intelligence information on the movements of ISIS terrorists.

Baghdad declared, at the end of that year, victory over ISIS by regaining all the lands it had controlled since the summer of 2014.

However, the organization has recently resumed its attacks in the northern, eastern and western governorates of Iraq, taking advantage of the COVID-19 pandemic, according to army commanders.