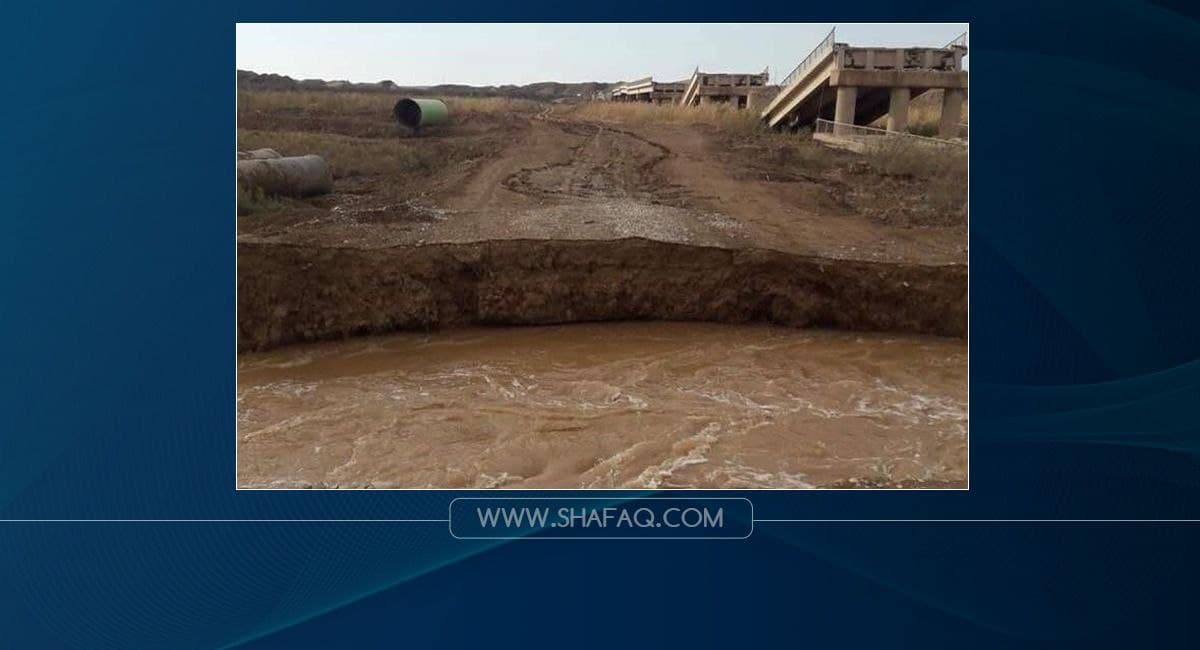 Shafaq News/ The Governorate of Saladin urged the Ministry of Construction to rebuild "al-Zarga bridge" that links five administrative units in Saladin and Kirkuk.

The bridge that links Tikrit with Amerli, Tuz Khurmato, Soleiman Bek, and Daquq was booby-trapped and detonated by a group affiliated with the terrorist organization of ISIS during the liberation battles in 2015.

In a statement to Shafaq News Agency, Commissioner of Tuz Khurmato, Hasan Zein al-Abidin, said that his administration demanded the governorate to exert pressure on the Construction Ministry to build a new bridge to dilapidated one.

"Multiple engineering studies confirmed that the bridge is no longer viable due to the many technical and structural defaults," he added, "it is located near al-Azim. In fact, the dam stands five meters above the bridge. Every time it rains and the dam floods, the bridge becomes out of service."

"On many occasions, the Ministry promised to build an alternative bridge soon," he said.