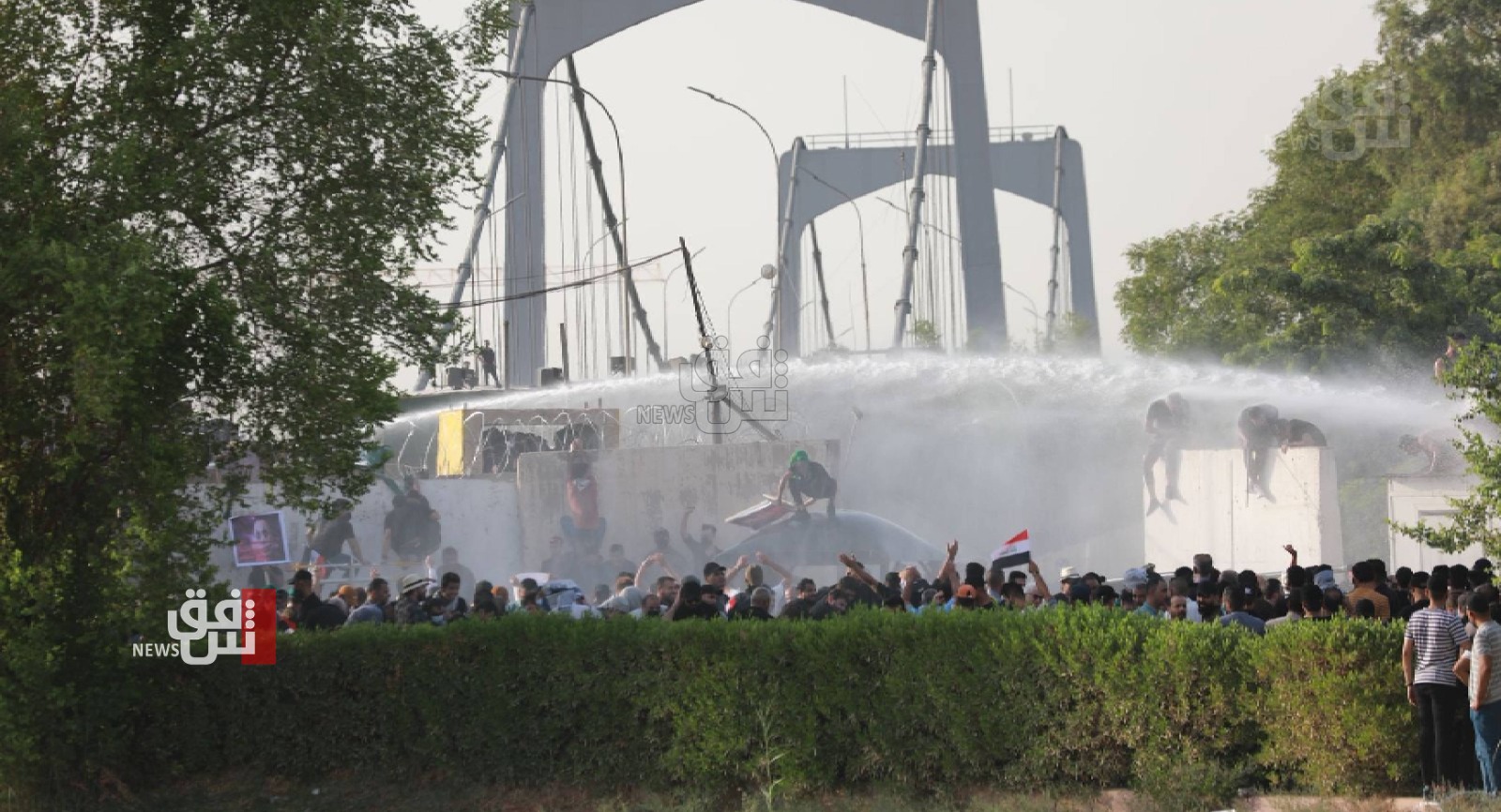 Shafaq News/ Supporters of the Coordination Framework breached a barrier the security forces established on the suspension bridge that leads to the Green Zone in an attempt to storm the ultra-secure territory that houses government buildings and foreign embassies downtown the Iraqi capital.

The leader of the Asa'ib Ahl al-Haq movement, Qais al-Khazali, urged the Coordination Framework's supporters to avoid skirmishes with the security forces and stay outside the Green Zone.

Iraqi security forces are on high alert in Baghdad on Monday as tensions soared after the rivals of the Shiite cleric Muqtada al-Sadr, whose supporters are occupying the parliament, called for counter-demonstrations.

A political standoff 10 months after Iraqis went to the polls pits al-Sadr, a populist leader with millions of devoted followers among the country's majority Shiite population, against the powerful pro-Iran Coordination Framework, another Shiite alliance.

Al-Sadr's supporters have been occupying parliament in the normally high-security Green Zone since Saturday.

They started their protest in response to the rival alliance's prime ministerial nomination.

Large numbers of security forces set up roadblocks and checkpoints, ahead of calls by supporters of the Coordination Framework around 5:00 pm (Iraq time).

The protest is expected to take place on a road leading to the Green Zone, not far from where thousands of al-Sadr supporters were still bedded down at the parliament, waving flags and pictures of the firebrand former militia commander.

A Sadr loyalist has also called on supporters of the cleric to protest across Iraq's governorates, in demonstrations to take place at the same time.

Hadi al-Ameri, who heads the Iran-backed al-Fatah bloc, repeated a call on Monday for "constructive dialogue enabling solutions to be found to points of contention".

A Katyusha missile lands on the green zone in Baghdad

Shiite political parties comment on the attacks in the Green Zone

U.S. forces shoot down a drone and disable two others