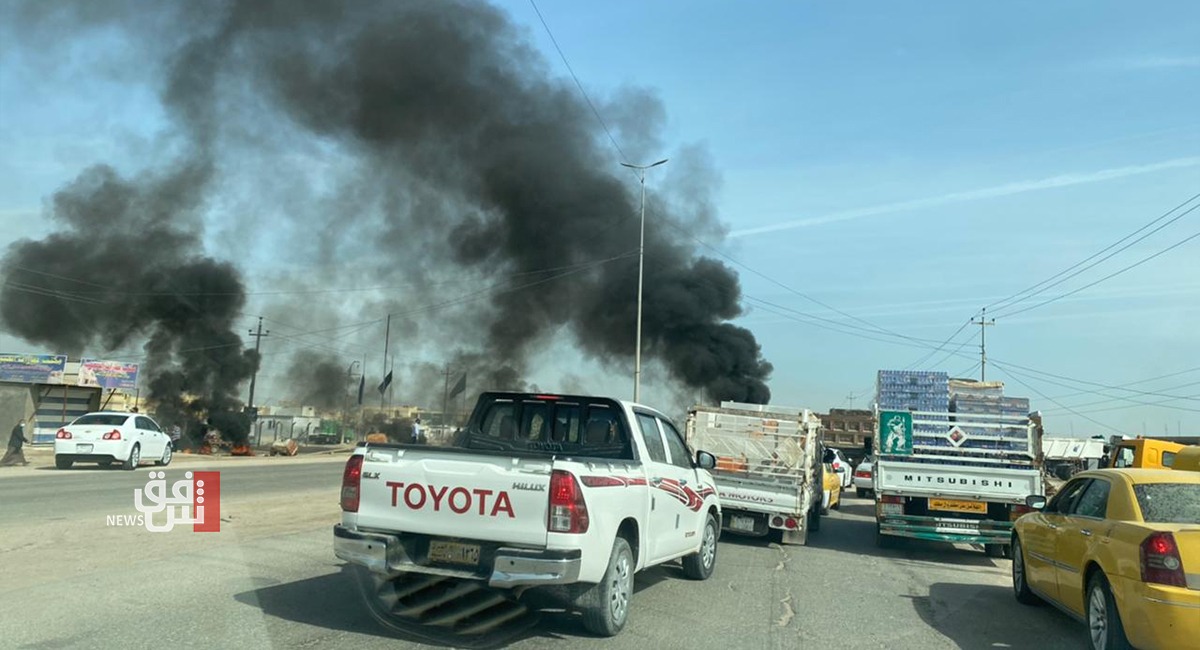 Shafaq News/ Hundreds of graduates, Daily workers and contractors stormed, on Monday, the streets in the governorates of Basra, Dhi Qar, Maysan, and Wasit demanding their rights of  job opportunities and paying their late dues.

In Basra, dozens of employees and contractors in the electric power departments demonstrated for demanding their 10 months late dues.

Meanwhile, graduated engineers stood in front of the Engineers Syndicate building calling for job opportunities in the official oil institutions.

As for Maysan, farmers demonstrated next to the Grain Marketing Company asking the Company to deliver them their dues.

Tens of residents of Al-Habailiya region, east of the city of Nasiriya blocked the highway with burning tires in protest against the deteriorating situation.

Iraq’s biggest anti-government protests in decades broke out in October 2019 and continued for months, with hundreds of thousands of Iraqis demanding jobs, services and removal of the ruling elite, whom they accused of corruption.

The deteriorating economic situation, corruption and economic mismanagement have worsened conditions of life for many Iraqis leading to a new round of unrest and anger at a government that has been in power almost a year.

Iraq still suffers from a chronic lack of job opportunities, power and water supply and other basic services even after the war against the hardline ISIS ended.

Two explosions target convoys of the Coalition in southern Iraq

Basra Governor dismisses a local official and refers him to investigation