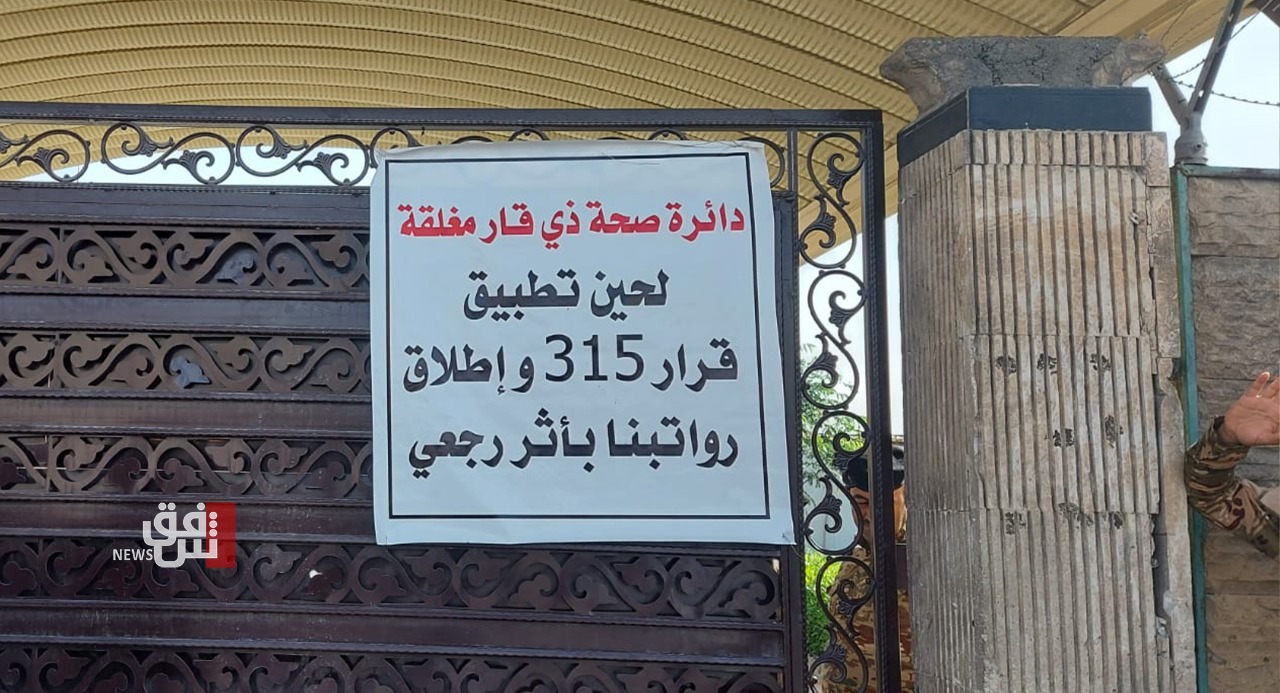 Shafaq News/ A group of daily laborers in Dhi Qar staged pickets at multiple government headquarters in the governorate to demand retroactive disbursement of their salaries.

Shafaq News Agency correspondent said that graduates (daily laborers) have organized a picket at the governorate's Health Directorate to demand the implementation of decree 315.

He added, "Demonstrators have also closed the power distribution center," indicating that they will take similar actions in other government departments.