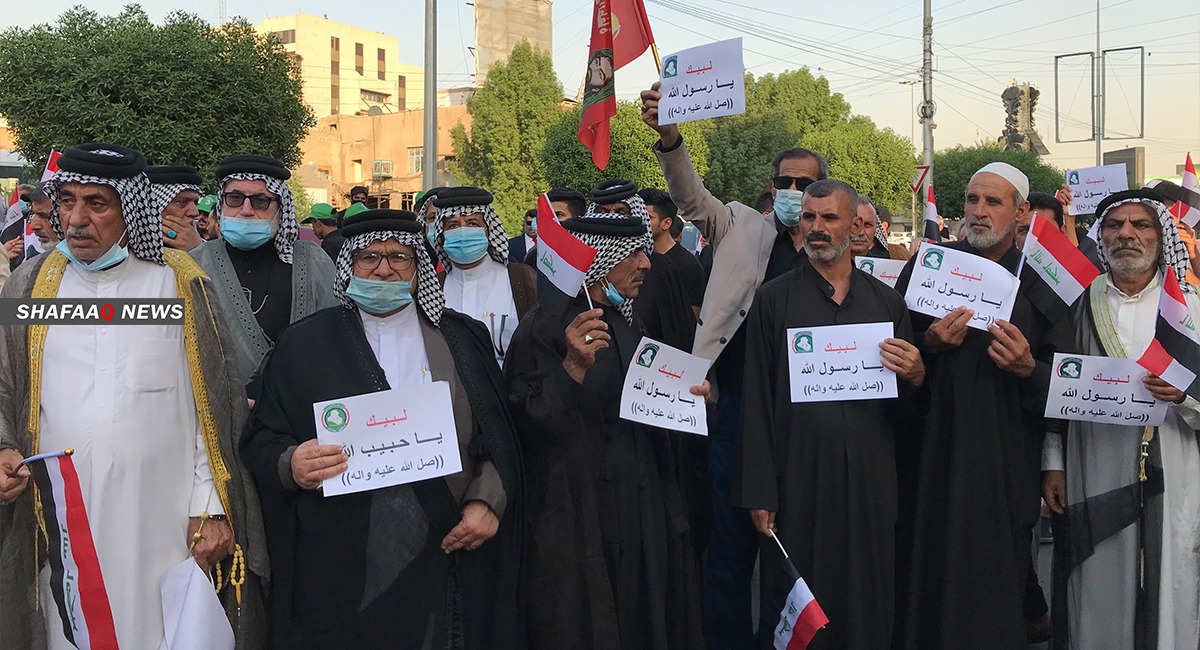 Shafaq News / Dozens of people demonstrated on Thursday in front of the French embassy in the Iraqi capital, Baghdad, to protest against abuse to the Prophet of Islam Muhammad from a newspaper the.

Shafaq News Agency reporter in Baghdad said that the protesters chanted slogans denouncing what was published by the French newspaper Charlie Hebdo.

The demonstrators carried banners with slogans written in Arabic and English refusing to insult  Prophet Muhammad.

Last week, the satirical newspaper published on its cover page a drawing of the Prophet holding a banner that read "I am Charlie," a slogan that has been widely circulated around the world, following the attack by two Islamic extremists on the newspaper's headquarters on January 7, which killed 12 people.