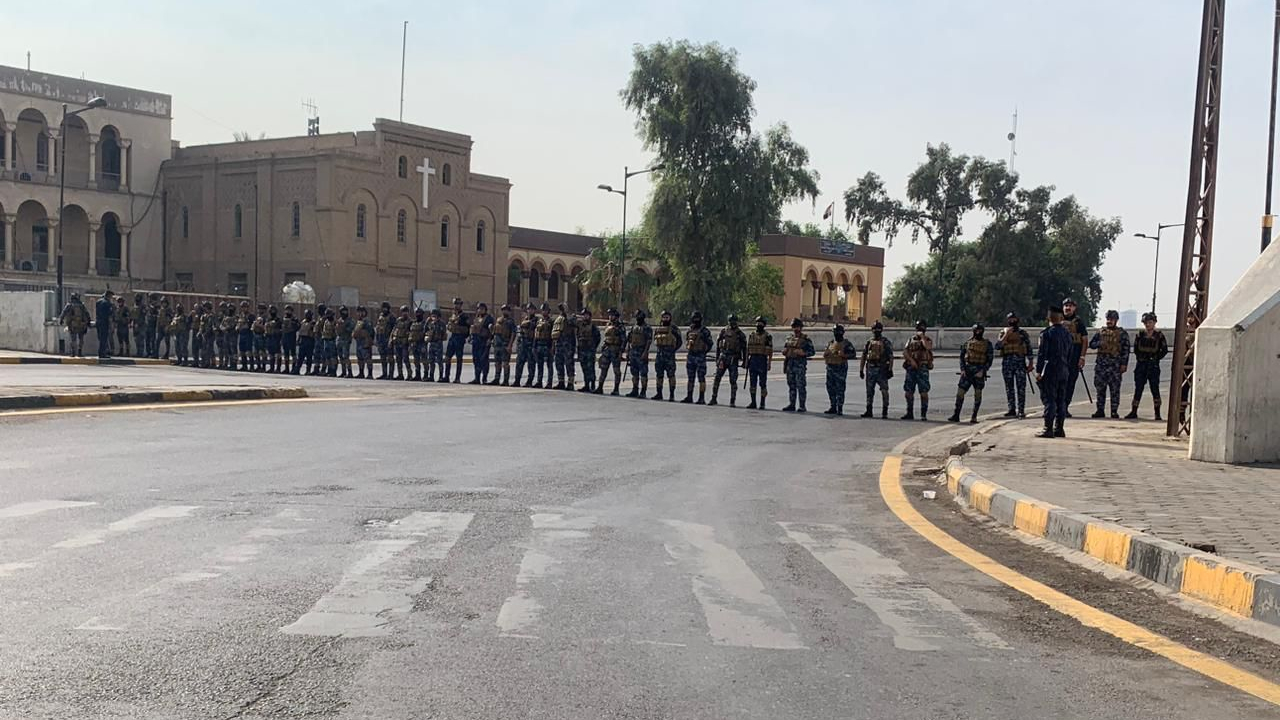 Shafaq News/ Demonstrators were seen flocking the streets of the Iraqi capital, Baghdad, toward the Tahrir square.

Concrete blast walls and barbed wire returned to the heart of Baghdad on Tuesday before expected gatherings to commemorate the October 2019 pro-reform protests.

Anti-riot police and other security forces have been sent in, closing all the roads leading to the Green Zone, the home of key government offices and Parliament, as well as foreign embassies.

The security measures snarled traffic in the capital and disrupted daily life, forcing many to walk to work.

Iraqi caretaker Prime Minister Mustafa al-Kadhimi has stressed that security forces should not open fire or use other illegal means when dealing with any demonstrations.

Three years ago, Iraqis took to the streets of Baghdad and other major cities in the Shiite heartland in central and southern Iraq to protest against the political elite who have been in power since the 2003 US-led invasion that toppled Saddam Hussein. Their demands include more jobs, better services, an end to endemic corruption and an overhaul of the political system.

The leaderless, youth-driven protests were met with a heavy-handed crackdown from security forces and Iran-backed militias.

The largest protests since 2003 led to the resignation of the government and the approval of a new law that led to early elections, but these achievements came with a heavy price.

Nearly 600 protesters and members of security forces were killed in the violence, while tens of thousands were wounded, many with live ammunition.

Dozens of activists reported intimidation and there were many kidnappings and assassinations.

Activists accused Iran-backed militias of being behind the assassinations to try to subdue the protests. The government and militias blamed “third parties”, without specifying who they were.

In early 2020, the protests ended due to the crackdowns and the coronavirus pandemic. Dozens of independent candidates who took part in the protests managed to win seats in the October 2021 elections.

Earlier this month, protesters gathered in Baghdad’s Tahrir and Nisour squares near the Green Zone. Skirmishes erupted and dozens of protesters and members of the security forces were wounded.

The Protests Central Committee then called on protesters to gather again on October 25, demanding the formation of an interim government to run the country under the supervision of the UN.

The protests come as haggling between political rivals to form a new government continues, more than a year since the national elections last year.