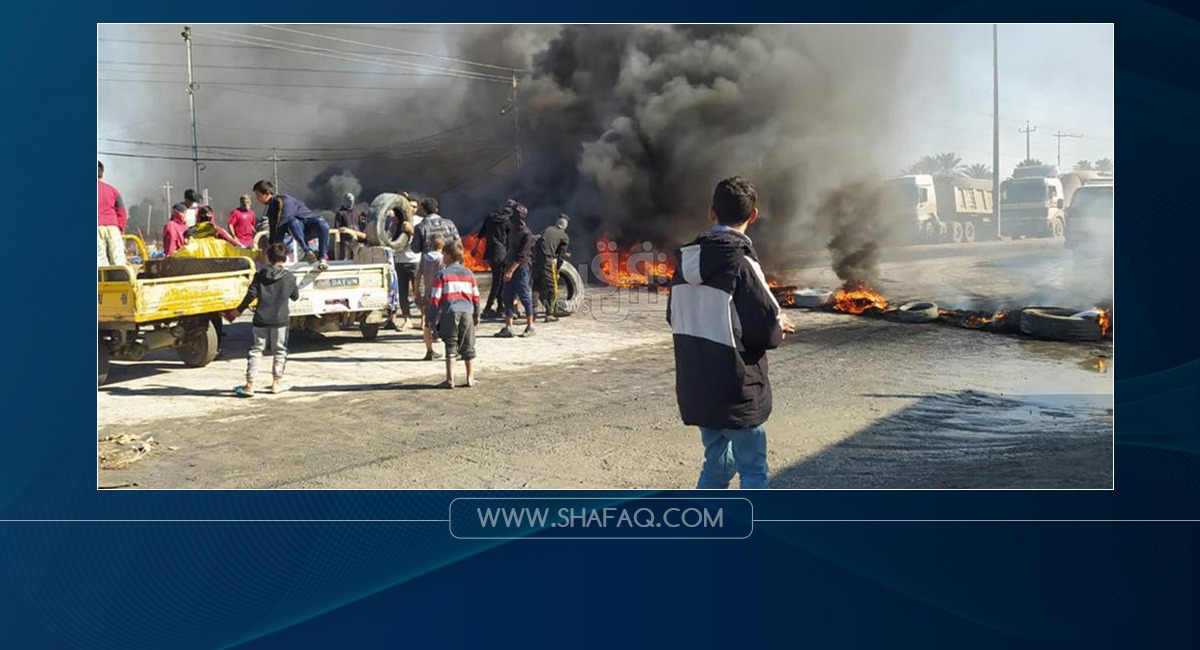 "The demonstrators demanded providing their hometown the same services offered to the rest of the towns in the governorate," our correspondent said.