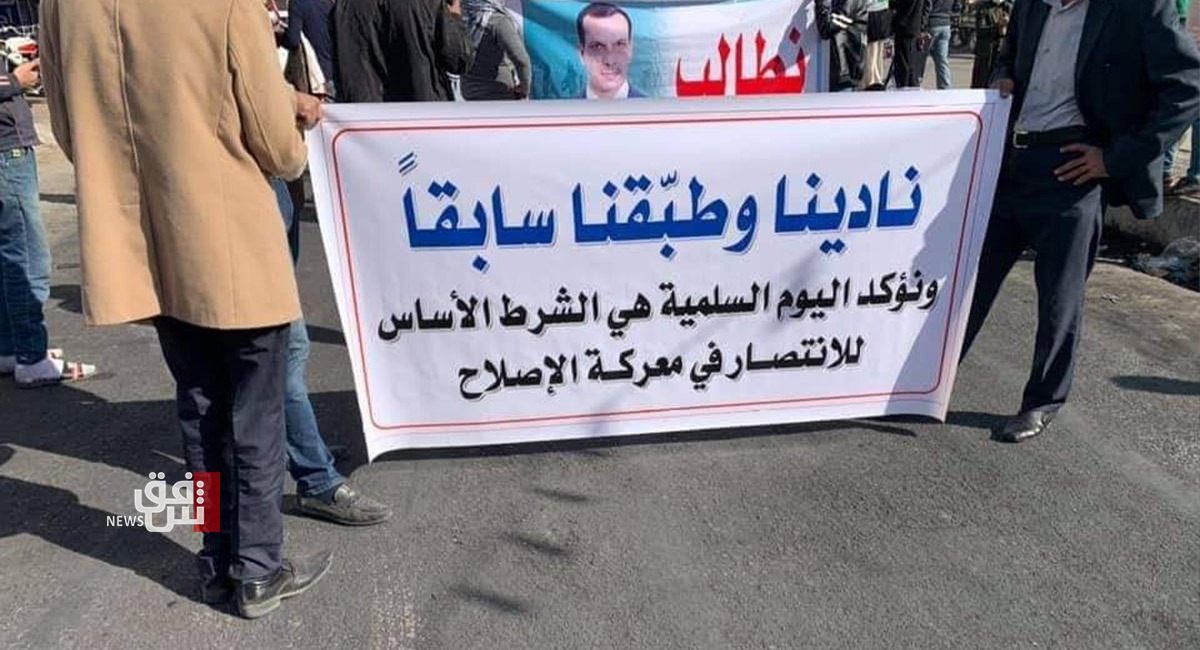 The Activist Majed Hassan said in a statement to Shafaq News Agency, "dozens of al-Diwaniyah citizens marched the streets from al-Mustafa mosque to al-Diwaniyah square to demand axing the governor, Zohair al-Shaalan, for the poor services and living conditions in the governorate due to his mal-management."

"Al-Diwaniyah citizens mandated a group of dignitaries to elect a new governor in lieu of al-Shaalan," he added, calling the Federal government to "respond to their demands without procrastination, as it did earlier."

"The non-compliance of the government will be faced by nonviolent escalation, unlike the previous demonstration."

"The clashes with security forces in the previous demonstrations were provoked by partisan infiltrators on purpose," he continued.