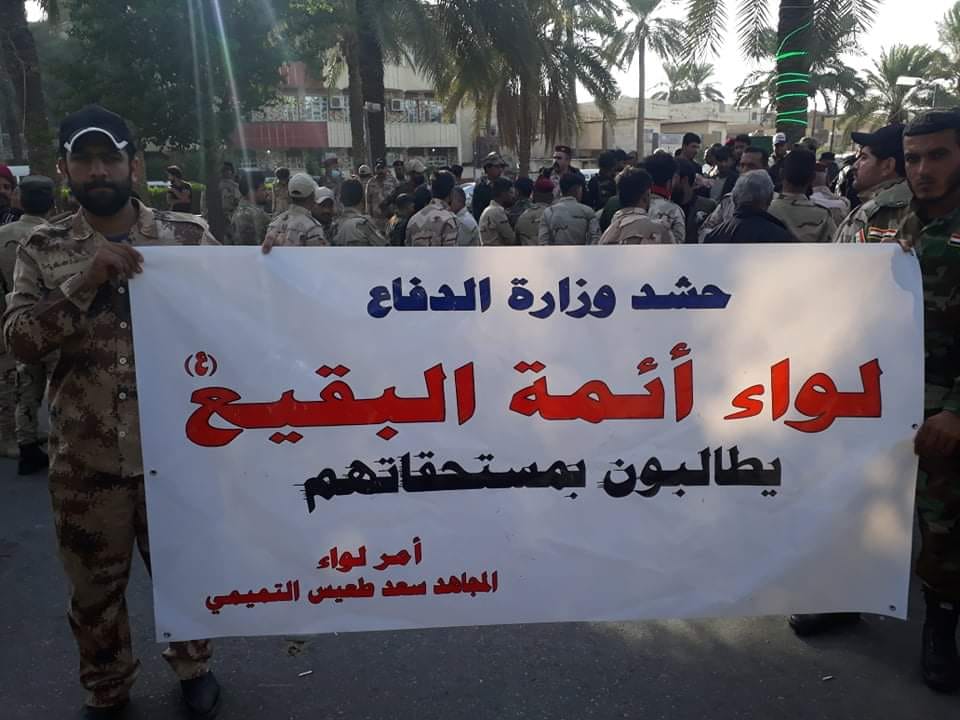 Shafaq News/ Fighters of the Defense Mobilization (A'imat al-Baqi brigade) in Diyala organized a demonstration to demand releasing seven-year salary arrears and reinstating the affiliates whose contracts have been terminated.

The Commander of the Brigade in Diyala, Saad Ta'ees, told Shafaq News Agency, "the fighters of the Defense Mobilization, as well as Sheikhs and dignitaries from different areas organized a peaceful demonstration in the outskirts of al-Miqdadiyah (40 kilometers to the northeast of Baqubah) to demand salary arrears of seven years ago and reinstate the those whose contracts were terminated."

" The demonstrators, Sheikhs, and dignitaries issued a statement demanding the disbursement of the Defense Mobilization (A'imat al-Baqi) affiliates. Otherwise, they will prevent holding the elections in their territories."

"More than 3500 fighters from A'imat al-Baqi brigade operate in the hottest and most dangerous security sectors. They work for free, without any financial support to curb ISIS terrorists. They offered many Martyrs and injured and stopped many terrorist plots and attacks."

3.6-magnitude quake in a district in Diyala