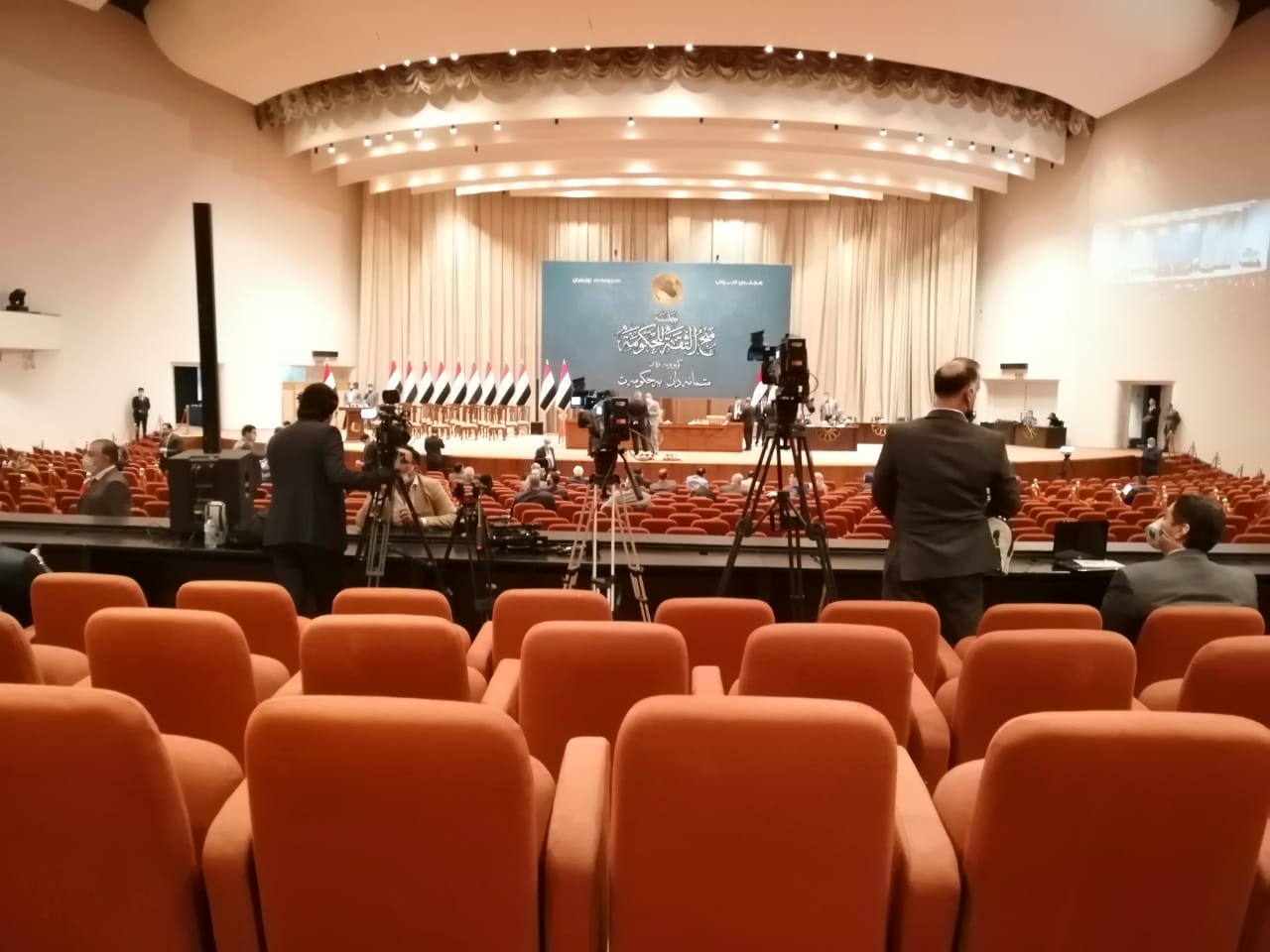 Shafaq News / Today, Thursday, a parliamentary source revealed that the Presidency of the Iraqi Council of Representatives is unable to resume parliamentary sessions, after the high of Covid-19 cases among its members.

The source told Shafaq News Agency, that “the Presidency of the Parliament cannot resume the sessions at the present time,” attributing the reason to “the number of infections among parliament members which exceeded 50 deputies.”

The source added, "The infected MPs from various political blocs, and some representatives are currently located outside Iraq in the countries of the region and Europe.”

Last Monday, 83 members of the Iraqi parliament submitted signatures to resume the parliament sessions suspended due to the Covid-19 pandemic.

According to a statement by MP Fadel Al-Fatlawi, to Shafaq News agency, the request was submitted by representatives of the various political blocs for the purpose of resuming parliamentary sessions and approving the election law.

The Iraqi Parliament suspended its sessions due to many cases of Coronavirus among parliamentarians and parliament employees. Meanwhile, House Speaker Hoshyar Qardagh revealed earlier, a parliamentary intention to hold the next parliamentary sessions via video conference.

Iraqi Cabinet approved the use of the Chinese Covid-19 vaccine