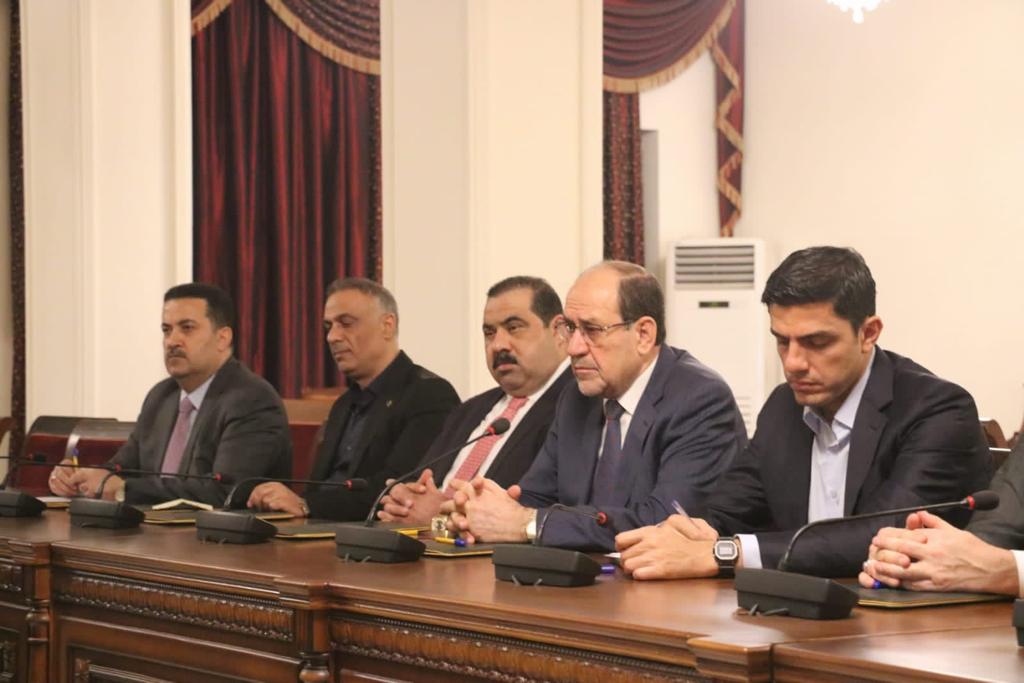 Shafaq News/ More than half the seats in the upcoming cabinet will be held by the Coordination Framework, a leading figure in the Shiite forces consortium said on Wednesday.

"Despite its withdrawal from the political scene, the Sadrist movement will take over half the seats assigned to the Coordination Framework per an agreement between the member parties of the latter," the source said.

"The Sadrist movement will be informed about the portfolios offered to them as soon as the General Assembly of the Coordination Framework agrees on a PM-designate," the source continued, "if the Sadrists refuse to accept the offer, two seats will be awarded to the Turkmen and Christian parties."

The Coordination Framework leaders convened yesterday, Tuesday, in the residence of Humam al-Hamoudi, the chair of the Supreme Islamic Iraqi Council.

The meeting ended up forming a committee to select potential candidates to lead the cabinet that will replace Mustafa al-Kadhimi's incumbent formation.

"Along with al-Hamoudi, the committee includes the leader of the Asa'ib Ahl al-Haq movement Qais al-Khazali, the head of al-Hekmah movement Ammar al-Hakim, and a representative of al-" Fadhila (Virtue) party Abdul-Sada al-Furayji."

The committee, according to the leading figure, will submit a report to the Coordination Framework's leaders today, Wednesday.

"The report details the qualifications of a roster of figures whose names were on the table recently: Haidar al-Abadi, Muhammad Shiyaa al-Sudani, Abdul-Hussein Abtan, Ali al-Shukri, and Qasem al-Araji."

The Coordination Framework discusses the latest development in the political arena