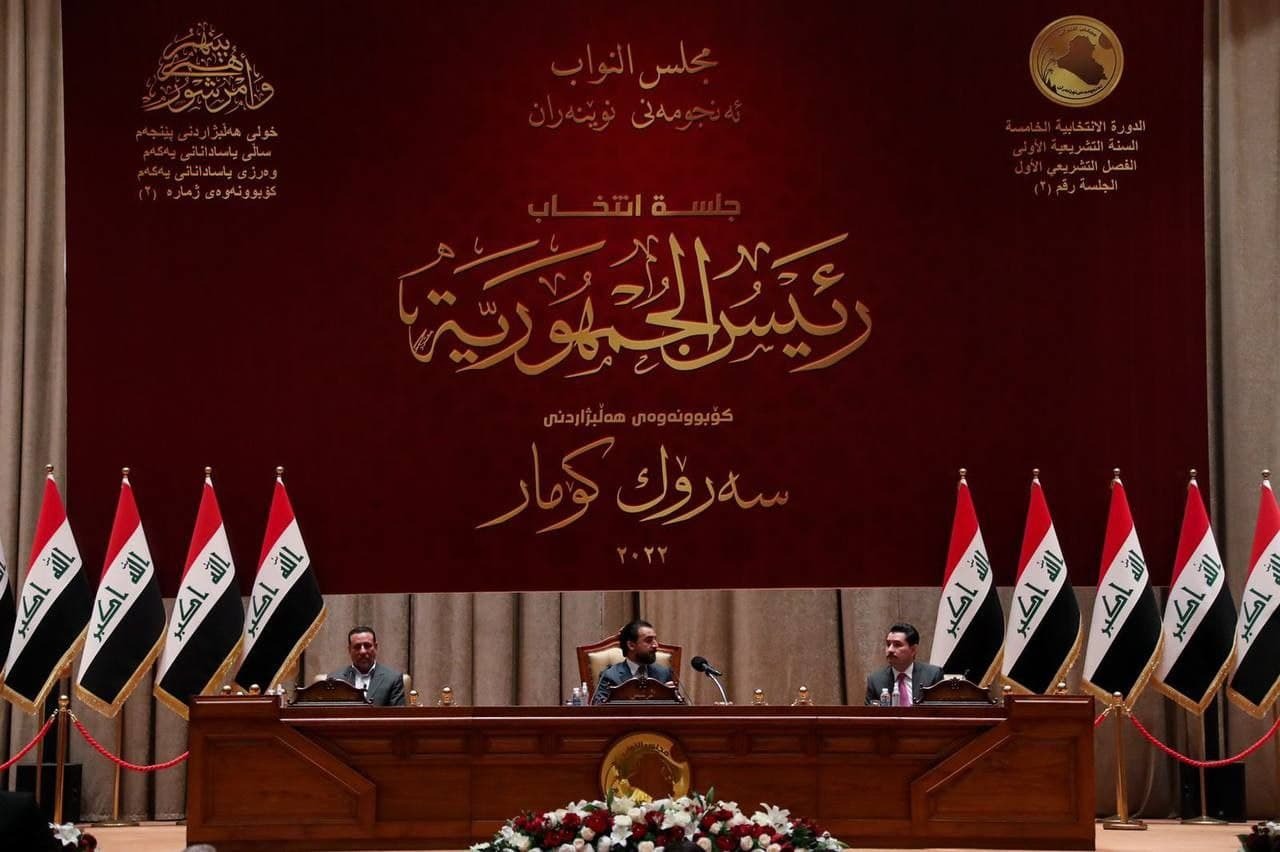 Shafaq News/ A leading figure of the Coordination Framework revealed that the majority of the Shiite Consortium's MPs voted in favor of reopening candidature for the republic's presidency, refuting the claims about the trilateral coalition being a majority.

The Trilateral Coalition brings together the Sadrist movement, the Sunni "al-Siyada" bloc, and the Kurdistan Democratic Party (KDP).

Lawmaker Mohammad al-Sayhood told Shafaq News Agency, "talks about the trilateral coalition boasting an absolute majority in the parliament are unfounded and far from truth."

"In fact, the majority were positive about it. Yesterday, the majority of the MPs were from the Coordination Framework, not the trilateral alliance," he concluded.

Yesterday, Iraqi lawmaking body approved reopening a second window for registering new presidential bids after the Federal Supreme Court ruled that introducing new candidates to the presidential race is only valid if it mustered the backing of a majority in the parliament.

Shafaq News Agency correspondent said that the parliament voted 203-62 on reopening the registration.

The legislature inaugurated the Saturday session in the presence of 256, from a total of 329.

On Oct. 10, 2021, Iraq held the parliamentary election, where Shiite Muslim cleric Moqtada al-Sadr's Sadrist Movement emerged as the biggest winner with 73 out of the 329 seats.

On Jan. 9, the Iraqi parliament held its first session, in which the lawmakers re-elected Mohammed al-Halbousi as the speaker. Under the Iraqi constitution, a new president should be elected from the candidates by a two-thirds majority of the parliament after the speaker is chosen.

But on Feb. 7, the Iraqi parliament failed to elect a new president as only 58 lawmakers attended the session, well below the quorum of two-thirds of the 329-seat chamber. One day later, the parliamentary speaker announced the reopening of registration for presidential candidates.

The Supreme Court noted that the reopening decision might be valid if made through the legislative body instead of the speaker.

The parliament announced on Feb. 22 the names of 33 presidential candidates, including incumbent President Barham Salih, running for the Patriotic Union of Kurdistan, Kurdistan Interior Minister Rebar Ahmed Khalid, running for the Kurdistan Democratic Party, and Rizgar Mohammed Amin, the former chief judge of the Iraqi Special Tribunal that organized the trial of the former Iraqi dictator, Saddam Hussein.

Under Iraq's power-sharing system, the president should be an ethnic Kurd, the prime minister a Shia, and the parliament speaker a Sunni. Once elected, the new president will ask the largest parliamentary bloc to name a prime minister-designate to form a government within 30 days.

To avoid al-Sadr's wrath, CF would not consider a parliament session before Arbaeen-source