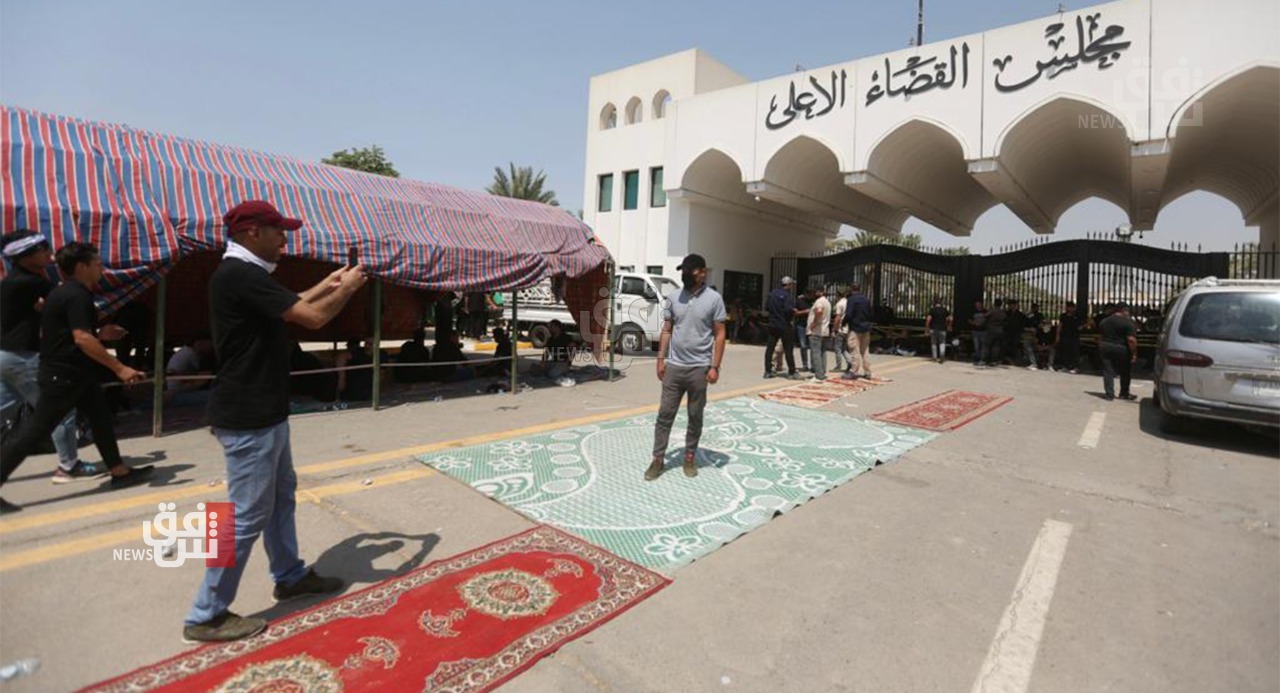 Shafaq News/ The Coordination Framework, a consortium of mainly Iran-backed Shiite political forces, said it will halt communication channels with the Sadrist movement if the latter continues to "occupy state institutions".

In a statement on Tuesday, the Coordination Framework condemned the flagrant aggression against the judicial institution and the death threats against Chief Justice Faiq Zeidan, urging the "honorable" political forces to take a similar stance.

"The Coordination Framework will refrain from accepting any letter or invitation for direct talks from the Sadrist movement unless it retracts his decision to occupy state institutions," it added.

The statement held the government full responsibility for protecting the state properties and the lives of the public servants, "particularly in the judicial authority; the country's only safety valve after the anti-state forces took over the institutions."

The Coordination Framework called on the Iraqis to gear up for any developments that might unfold in the future and the international community to declare its position on the violations against the legislative and Judicial authorities.

Iraq's judiciary suspended its activities on Tuesday after supporters of the powerful Shi'ite cleric Moqtada al-Sadr stepped up pressure on it to dissolve parliament, as one of the worst political crises since the U.S.-led invasion dragged on.

The populist leader has helped inflame tensions in Iraq in recent weeks by commanding thousands of followers to storm and occupy parliament, preventing the formation of a government nearly 10 months after elections.

Iraqi Prime Minister Mustafa al-Kadhimi, who cut short a trip to Egypt to deal with the crisis, has urged all sides to remain calm and renewed calls for a national dialogue.

Al-Sadr's followers began gathering for protests outside the headquarters of the Supreme Judicial Council and Federal Supreme Court in Baghdad. The followers have sent threats by phone, the judiciary said in a statement.

"(We) will suspend court sessions as a protest against this unconstitutional behaviour and will hold the government and political parties which are backing this move fully responsible for all the results," the statement added.

Al-Sadr, who fought U.S. troops and went on to become a kingmaker in Iraqi politics, has called for early elections and unspecified changes to the constitution after withdrawing his lawmakers from parliament in June.

His political opponents, mostly fellow Shiites backed by Iran, have refused to accede to his demands, raising fears of fresh unrest and violence in a conflict-weary Iraq.

Iraq's 10-month standoff since the election is the longest stretch without a fully functioning government in the nearly two decades since Saddam Hussein was overthrown in a U.S.-led in 2003.

Al-Sadr was the biggest winner of last year's election but could not form a government along with Kurdish and Sunni Muslim Arab parties, excluding his Iran-backed Shi'ite rivals.